The Inter-Residential Colleges (RC) Basketball Competition, the last game in the Council Chairman Bowl, was held on 13 Apr 2019 at the Lee Shau Kee Complex of HSUHK. Each of the four RCs formed teams to fight for the best results. The rounds of play lasted for a day, attracting residents and affiliated members of RCs to join. Alumni also came to cheer for their RCs, demonstrating the growing RC spirit and sense of belonging. Dr Moses Cheng, the Council Chairman, and President Simon S M Ho, also came to watch the final game and witness the birth of the Champion of the Bowl.

The prize presentation of the Champion of the Council Chairman Bowl was followed by rounds of competitions. It was most honoured to have had invited Dr Moses Cheng, the Council Chairman, to present the award this year. Evergreen College won the Bowl for the second year with a total of 420 points with two championships achieved out of five inter-RC competitions of the Bowl.

With the generous support from Dr Cheng, the Council Chairman Bowl was established in the academic year 2017/18 to foster inter-RC interactions and sportsmanship. In 2018/19, the five inter-RC competitions of the Bowl included: Tug of War, Badminton, Basketball, as well as Dodgeball and Kin-ball which require relatively less professional and physical skills and have been added to the Bowl this year to attract more students to join. The overall champion of all inter-RC competitions would be awarded the final Champion of the Bowl.

Before announcing the result, Dr Cheng was invited to share words of encouragement to all participants. He appreciated the efforts paid by all players and encouraged students to take an active part in RC life. Student representatives from each RC presented a souvenir to Dr Cheng, expressing their gratitude to his donation and support to the Bowl. 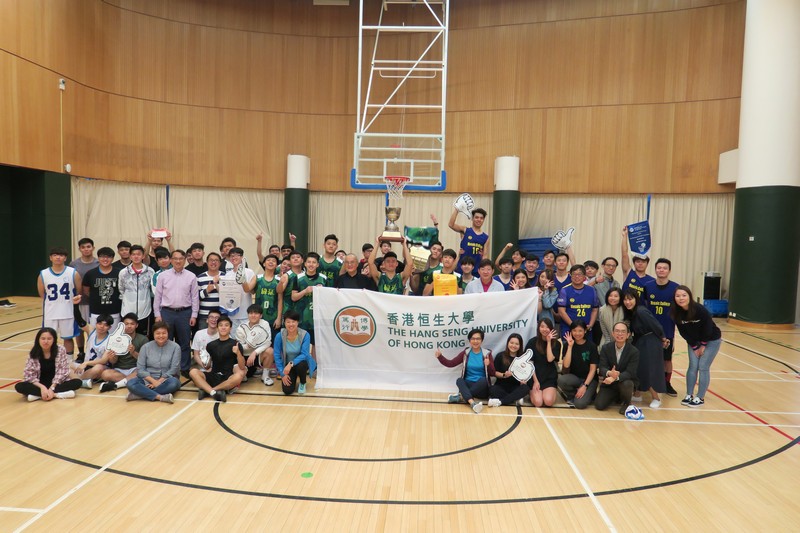 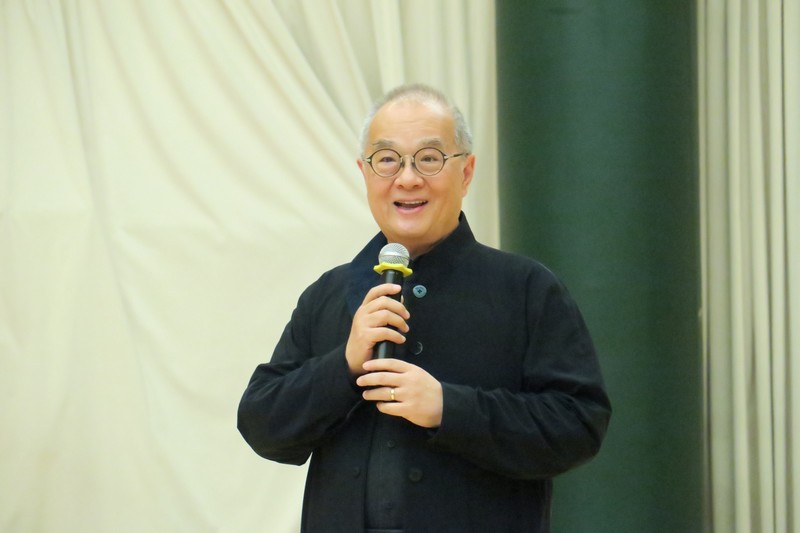 Dr Moses Cheng, the Council Chairman, was sharing with all students about the importance of active participation in RC life. 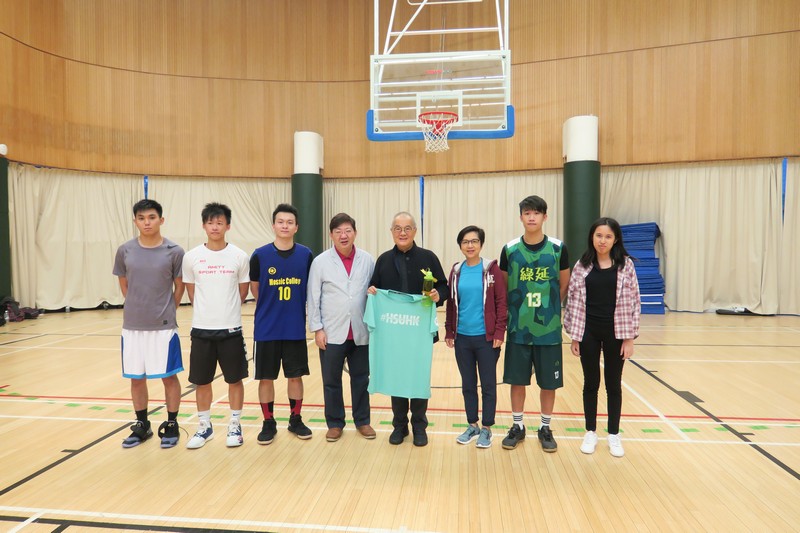 Student representatives from each RC presented souvenirs to Dr Moses Cheng to express their gratitude for his support to the Council Chairman Bowl. 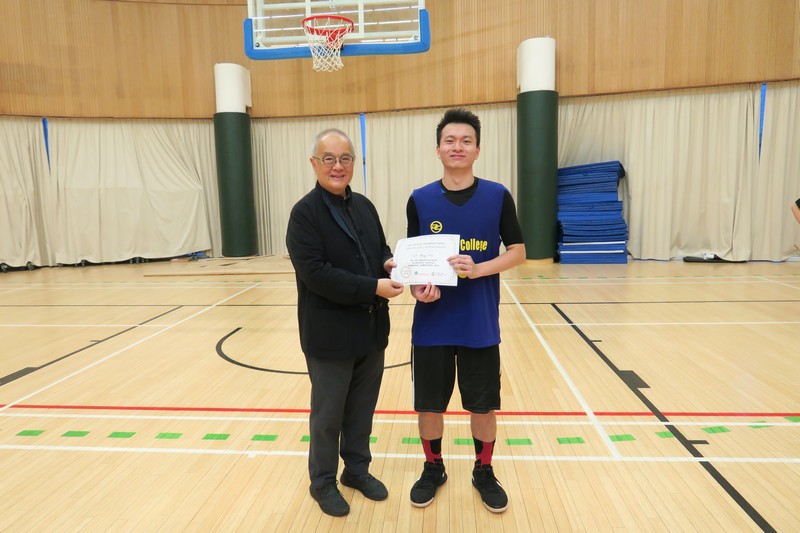 Choi Ming Hin, affiliated member and former resident of Mosaic College, was awarded The Top Shooter in the Inter-RC Basketball Competition for the third consecutive year. 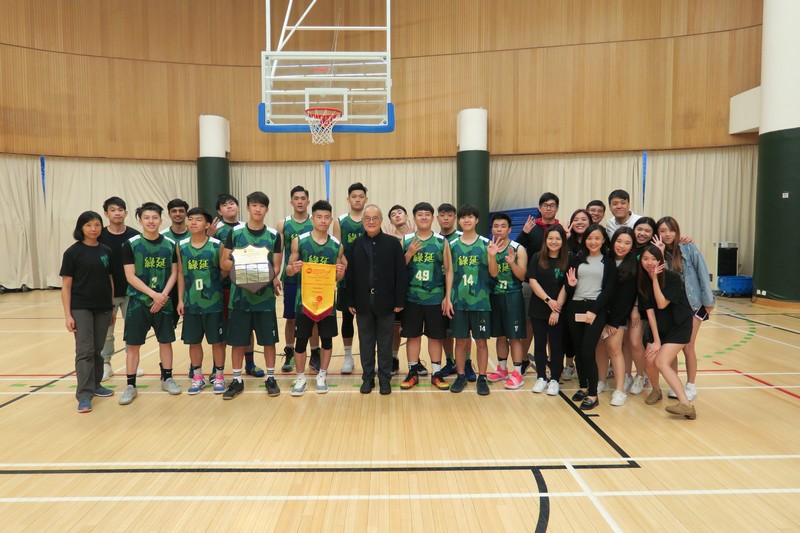 The winner of the Council Chairman Bowl: Evergreen College. 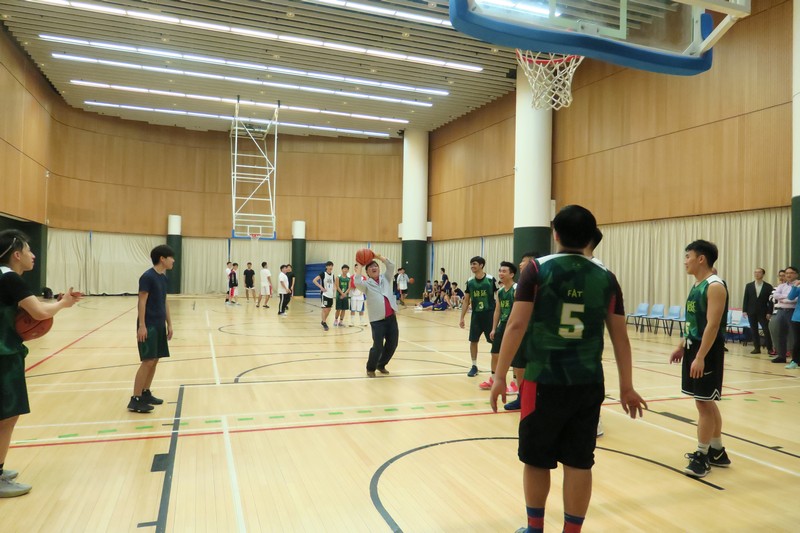 “Along with the President” Series #10: Hiking from The Peak to Kennedy Town
HSUHK Held The 3rd Business Journalism Awards Presentation Ceremony