SCOM Talk Series 36: How to Become a Charismatic KOL?

SCOM Talk Series 36, organised by the School of Communication, was held on 3 October 2019. Mr Jack Lee was invited to be the guest speaker to share with SCOM teachers and students the latest developments of the rapidly growing KOL industry.

Mr Lee, an expert from GELOS Artists Alliance (GAA) who specialises in talent discovery and KOL training, pointed out that unlike celebrities in a traditional sense, KOLs’ biggest appeal was their relatability. While innovative content was one of the fundamental factors to draw viewers, KOLs’ charm primarily came from their relatable public personae which the audience could not help but empathise and feel connected with. Mr Lee explained in detail the four major aspects that KOLs usually considered when producing content, including market positioning (the kind of KOL they set out to be), scene settings, time settings, and potential benefits for the viewers. He then invited students to conceive ideas that would attract the attention of netizens using the four elements as if they were to produce content as a KOL, causing a heated discussion among staff and students.

Ms Barbie Man, President of GAA, joined the moderator Mr Brian So, Senior Lecturer, and Mr Lee for the Chitchat and Q&A session to further discuss the implications of the emergence of KOLs. It was suggested that students’ career paths were becoming more diverse nowadays due to the rise of KOLs. Conventional careers might no longer be the only passage to success. Finally, the speakers concluded the Talk with words of encouragement for students, reassuring them that no matter what careers they chose to pursue, the key to success would always be perseverance. 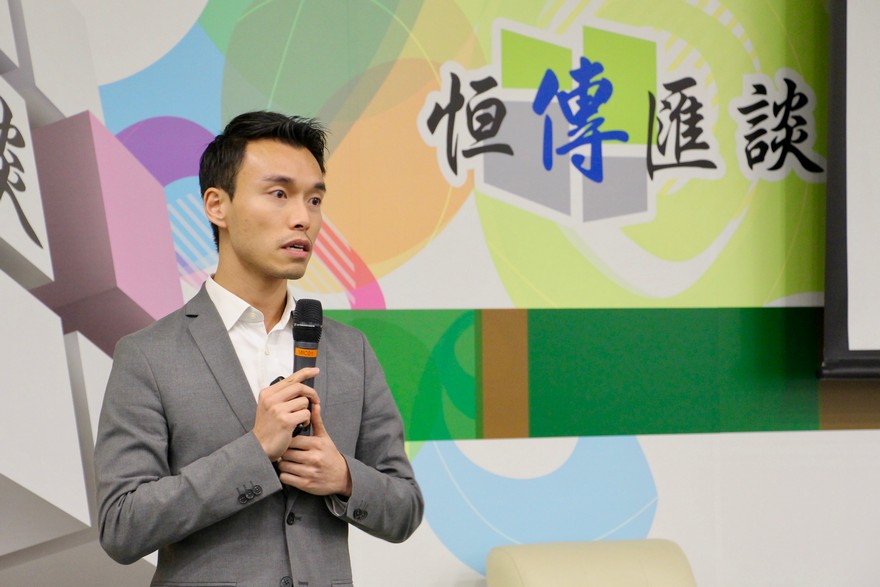 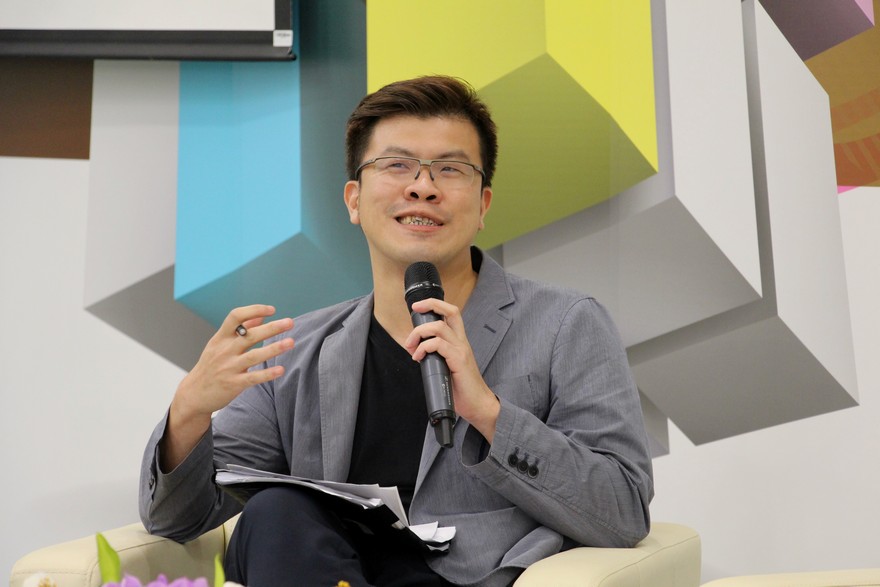 Mr Brian So, Senior Lecturer of School of Communication, was the MC of the talk and the moderator of the Chitchat and Q&A session. 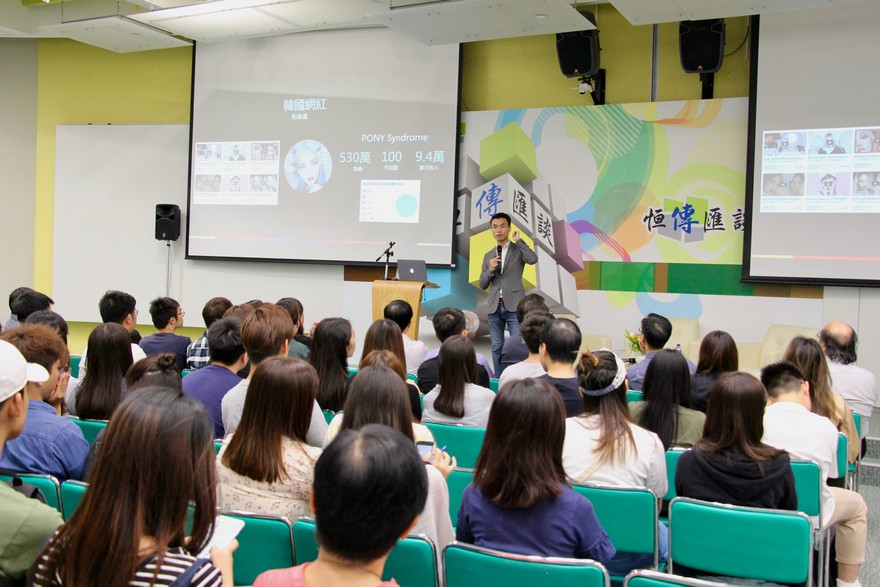 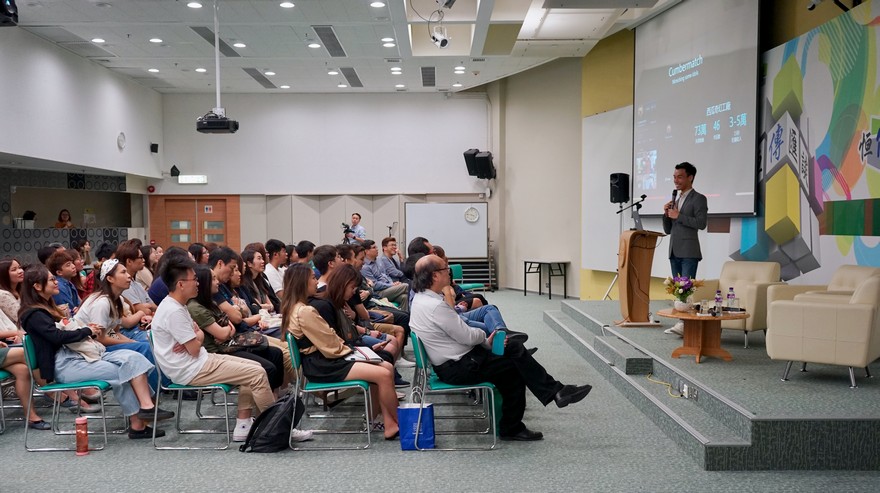 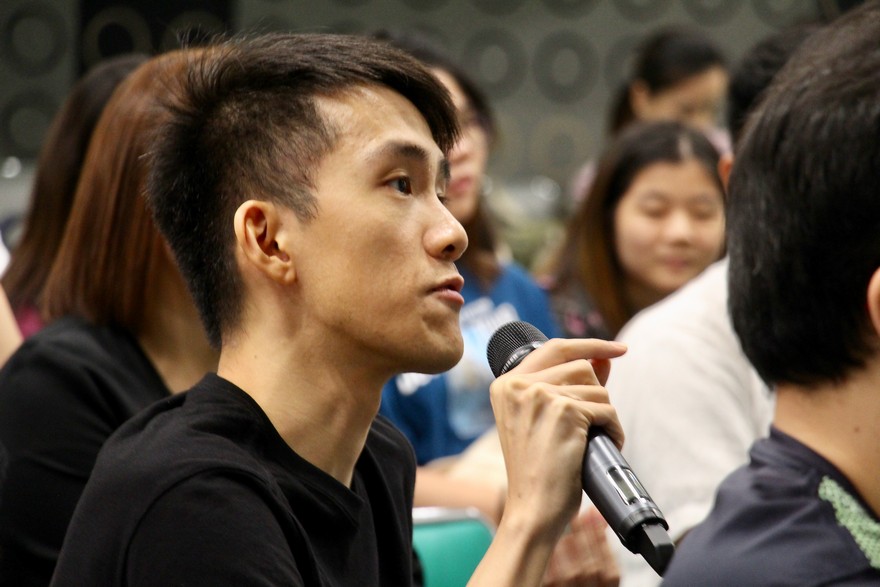 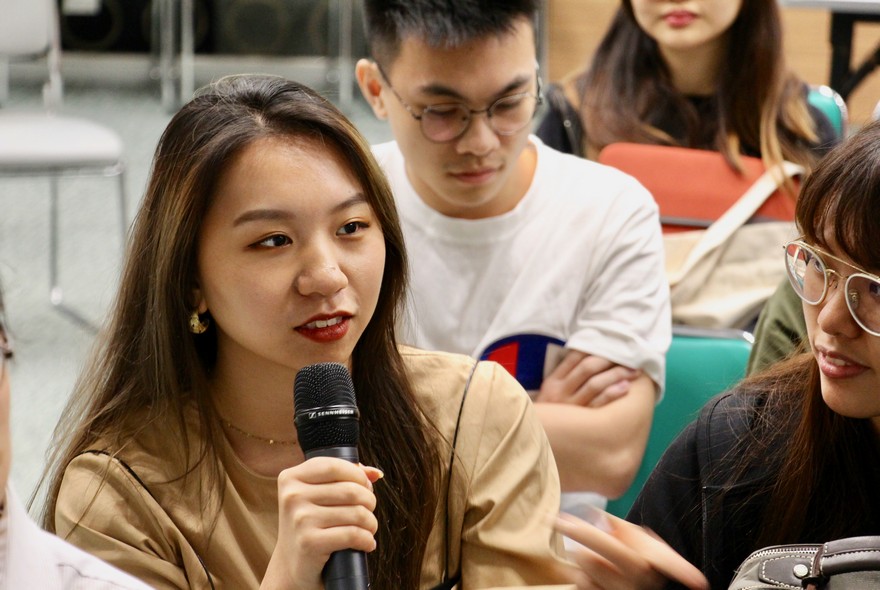 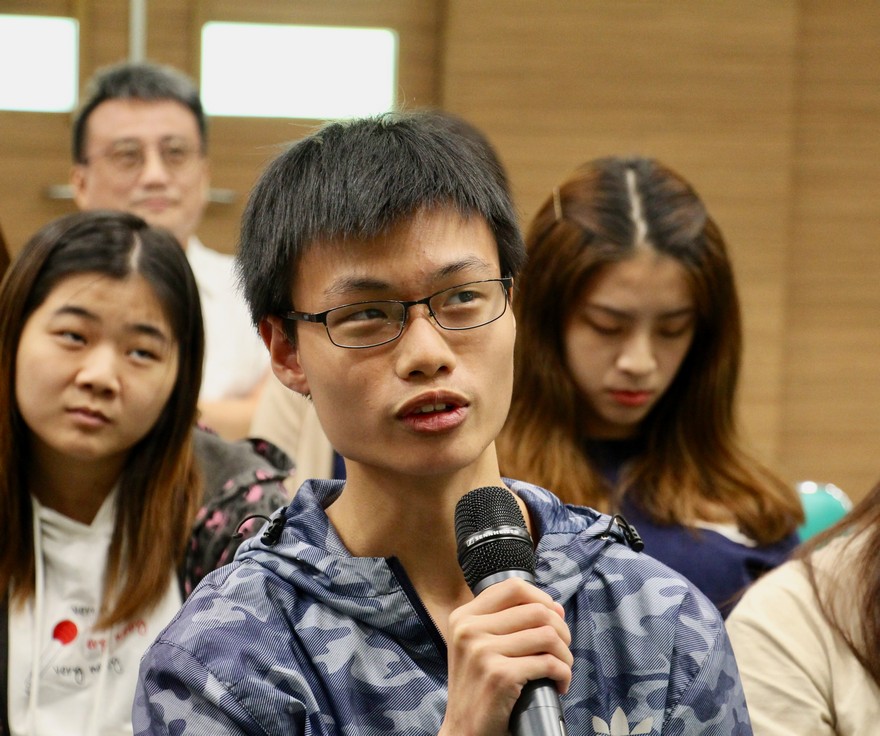 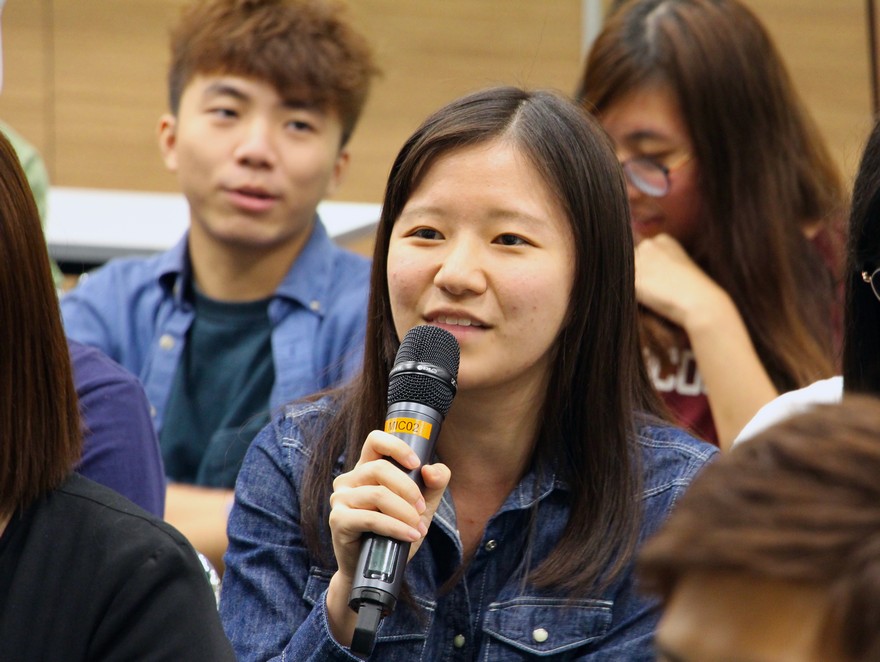 Students of the School of Communication presented their innovative ideas to Mr Lee. 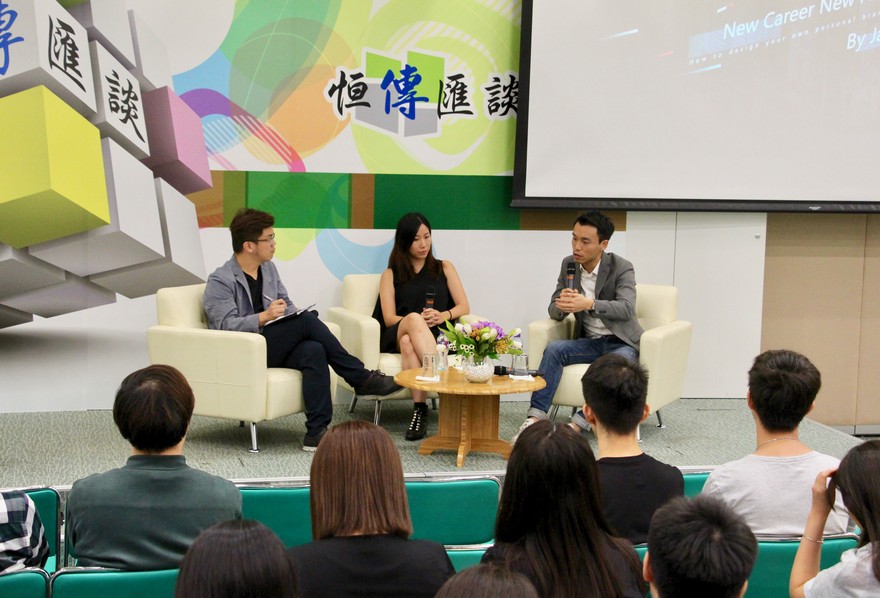 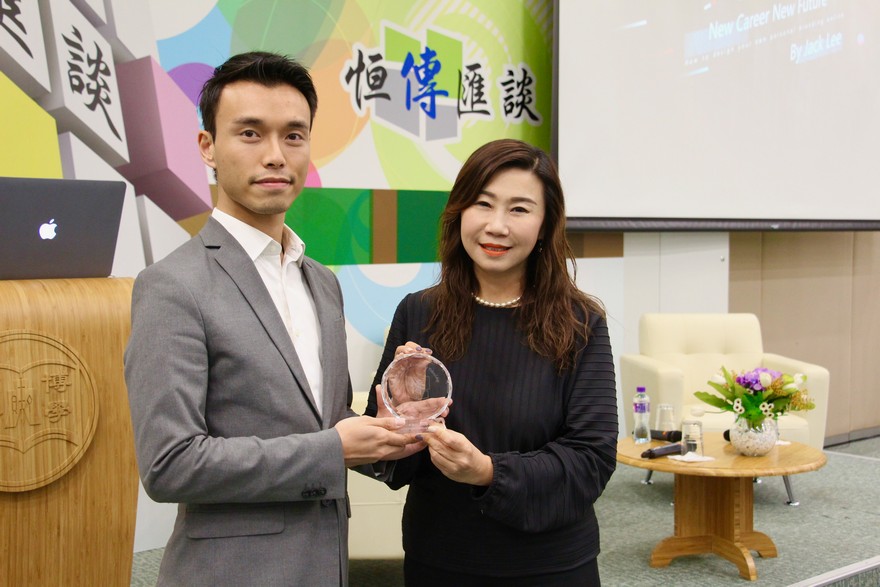 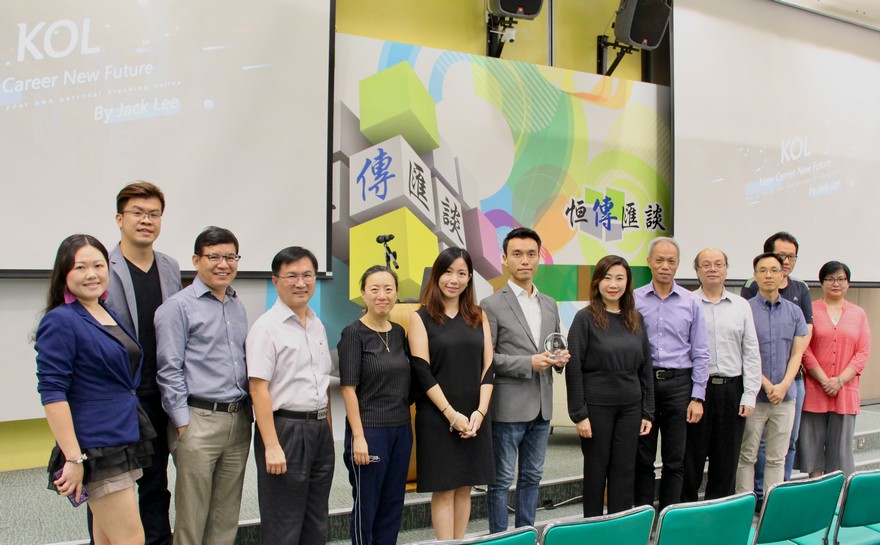 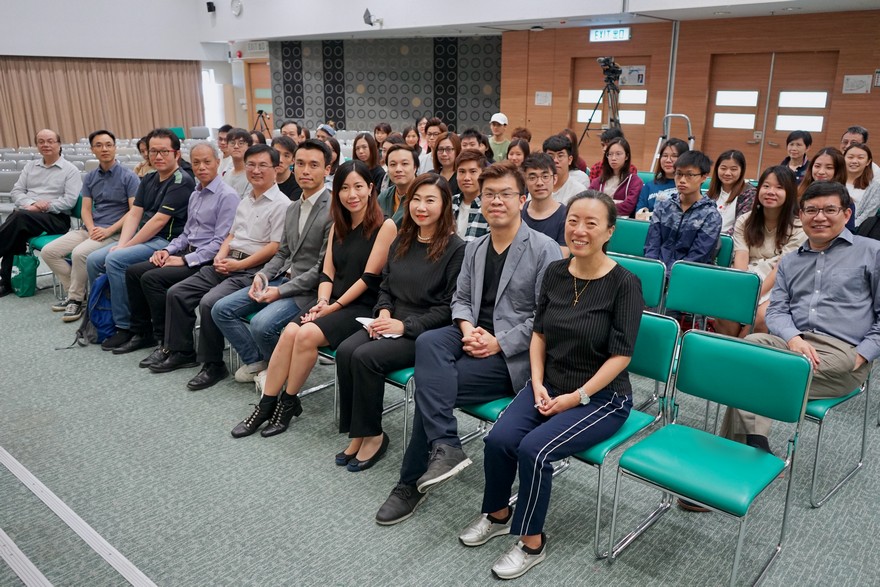