The Rotary Club of Mandarin HK once again generously donated 3 scholarships of $10,000 each to SCOM this academic year. Ms Hin-ching Wong of the Bachelor of Journalism and Communication (Hons) (BJC) Programme, and Mr Ho-ting Fong and Mr Wai-hei Tsang of the Bachelor of Arts (Hons) in Convergent Media and Communication Technology (BA-CMCT) Programme, were selected to be the recipients of this year’s scholarships for their outstanding academic performance and distinguished service records.

The ceremony is held annually to recognise students’ hard work and celebrate their accomplishments in their studies and social service; this year, SCOM also took the opportunity to showcase the artistic talent of its students. A team of BJC students and a team of BA-CMCT ones charmed the audience with their performances of the Mandarin song “追光者” and the English song “Count on Me” respectively during the Ceremony.

As this academic year marked the 10th anniversary of SCOM, the Rotary Club of Mandarin HK kindly gifted the School a birthday cake on this occasion, and a special cake-cutting ceremony was held in conclusion of the ceremony, with guests and students singing the Happy Birthday Song to SCOM. 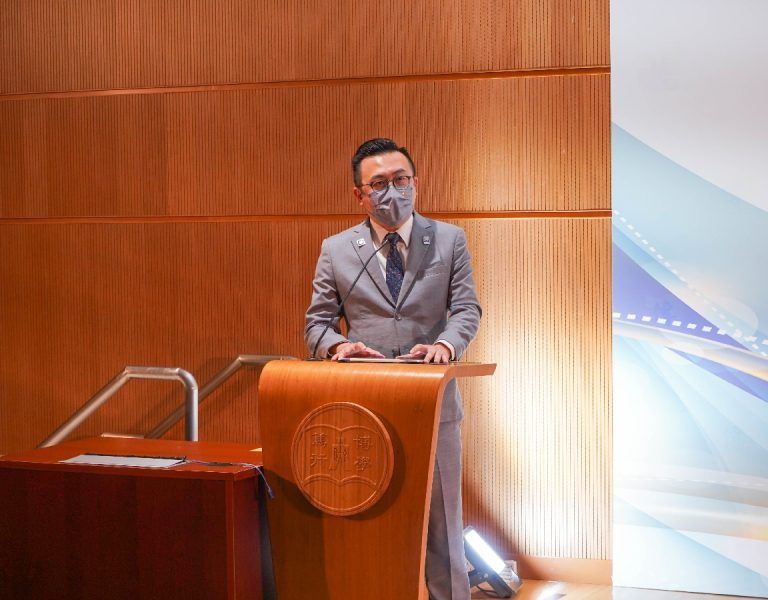 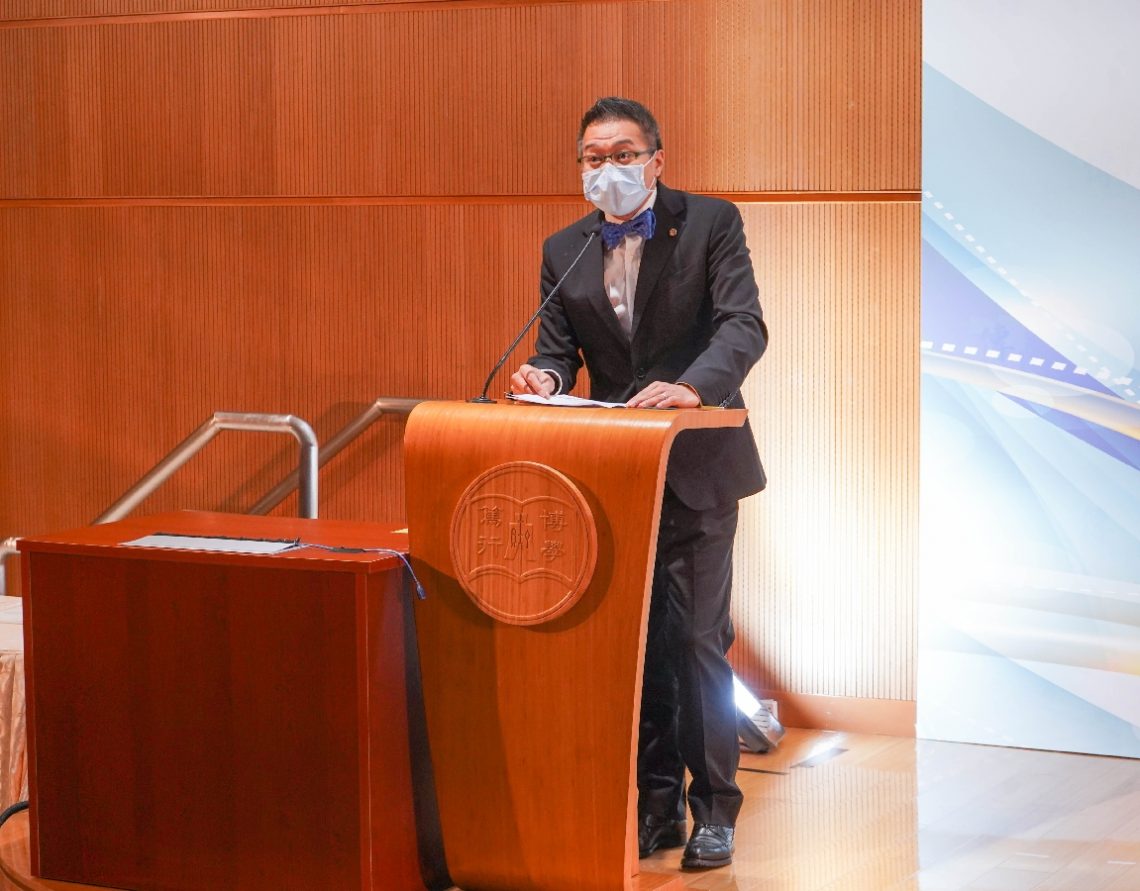 Mr Keith Chow (left) and Mr Kenny Chue (right) give a speech respectively to congratulate awardees on their incredible achievement. 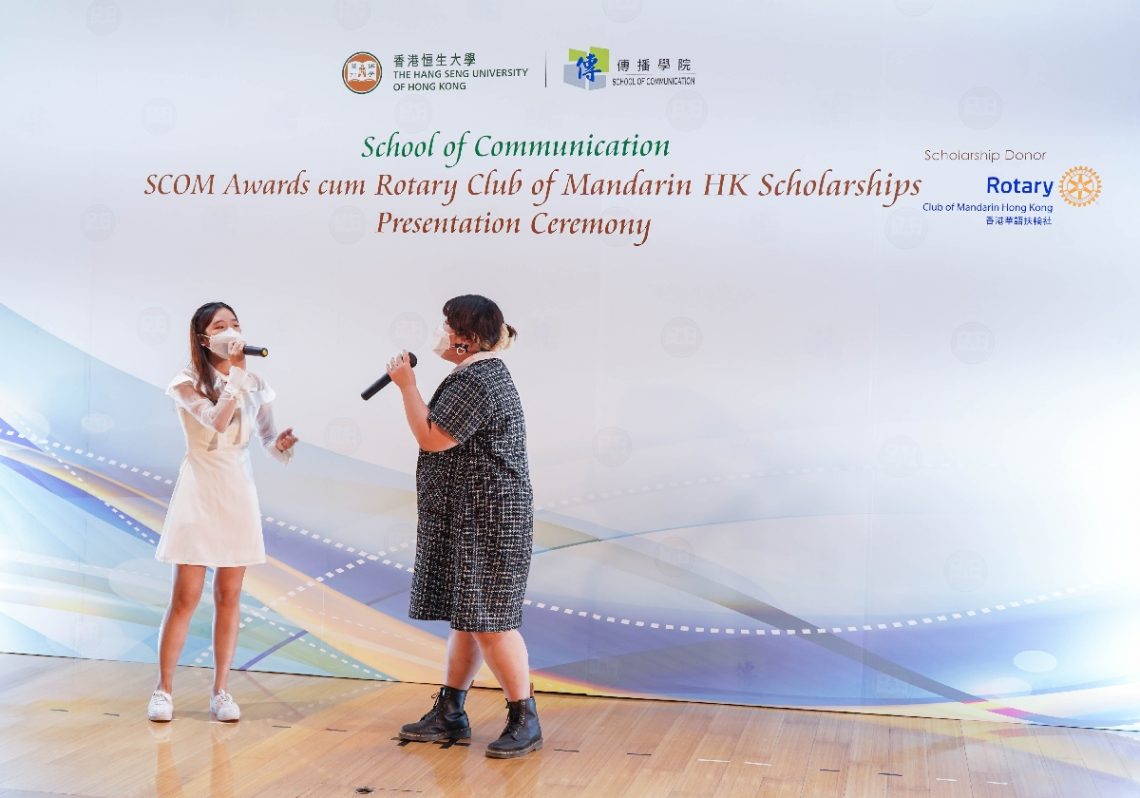 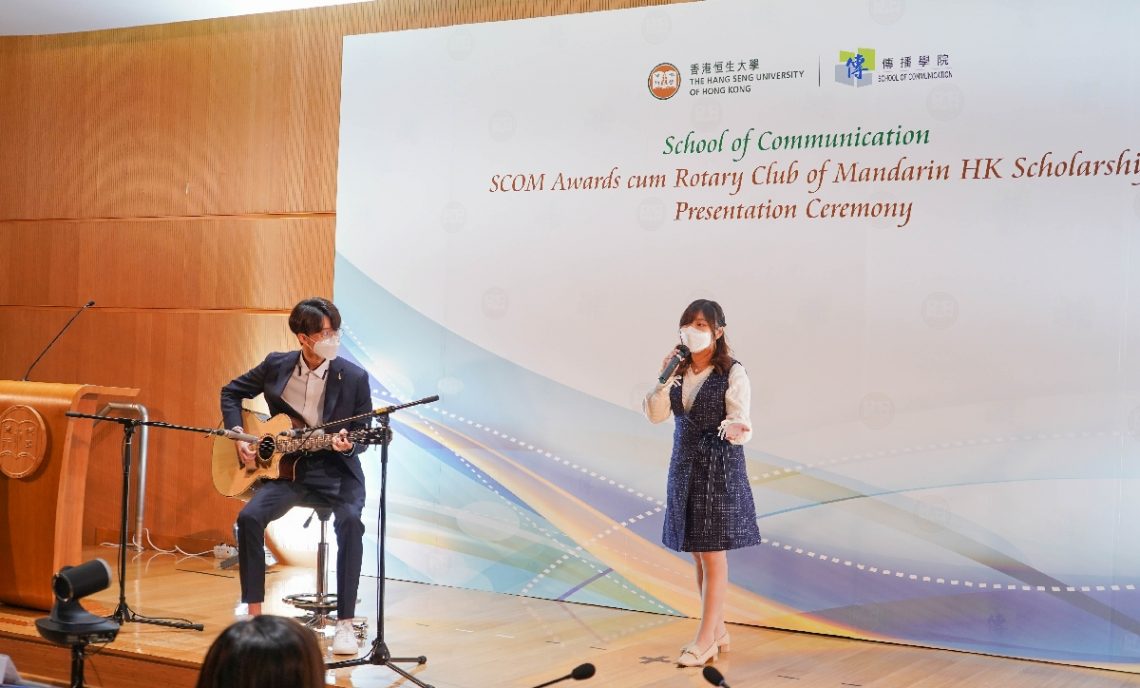 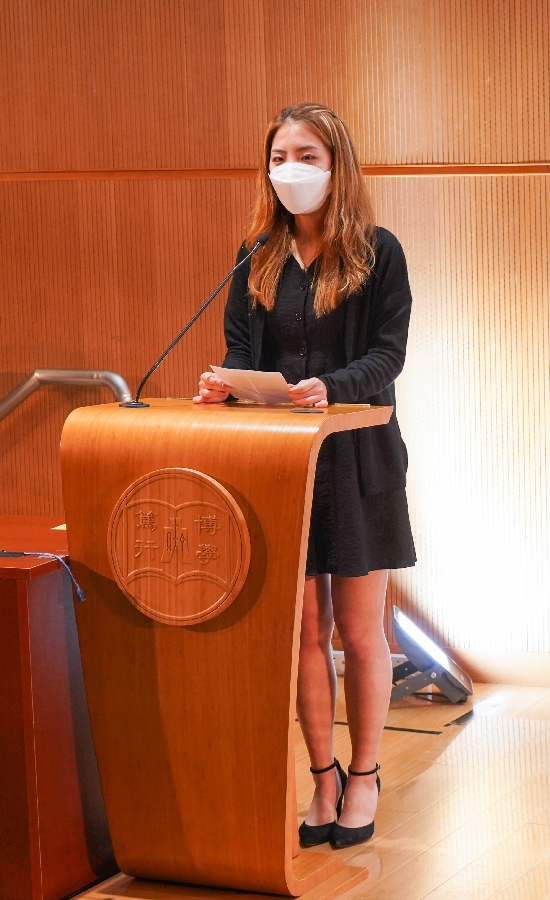 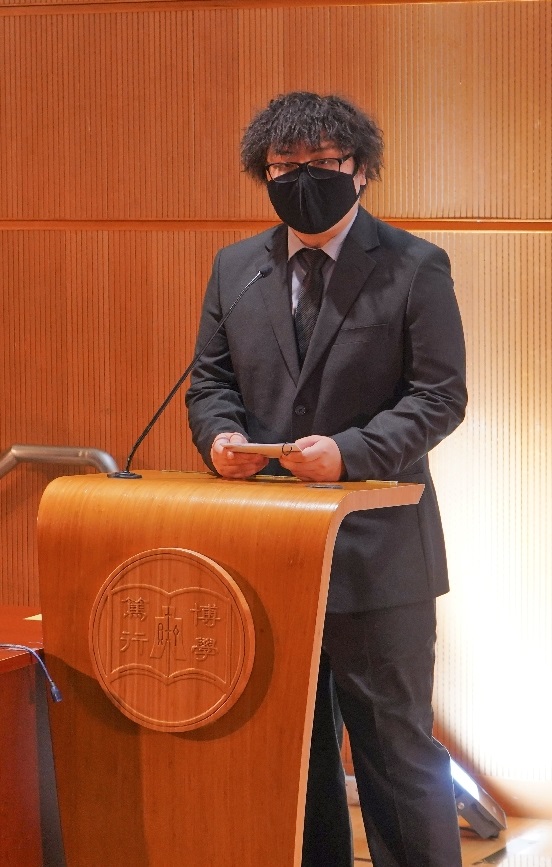 Ms Wai-ting Tsoi, graduand of the BJC Programme, and Mr Wai-hei Tsang, Year 4 student of the BA-CMCT Programme, deliver speeches on behalf of the recipients of the Dean’s List and Rotary Club of Mandarin HK Scholarships respectively. 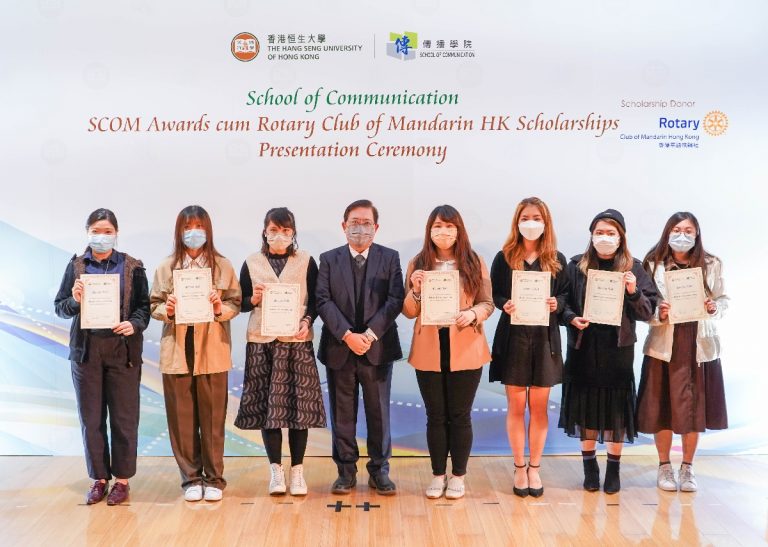 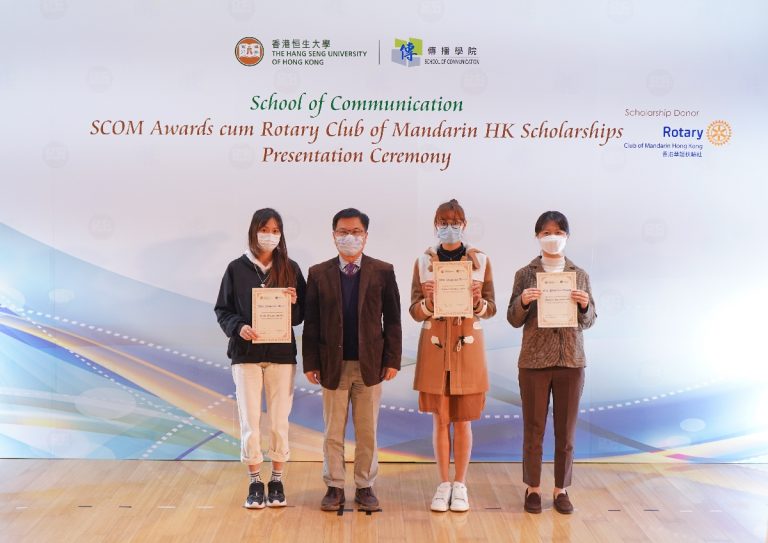 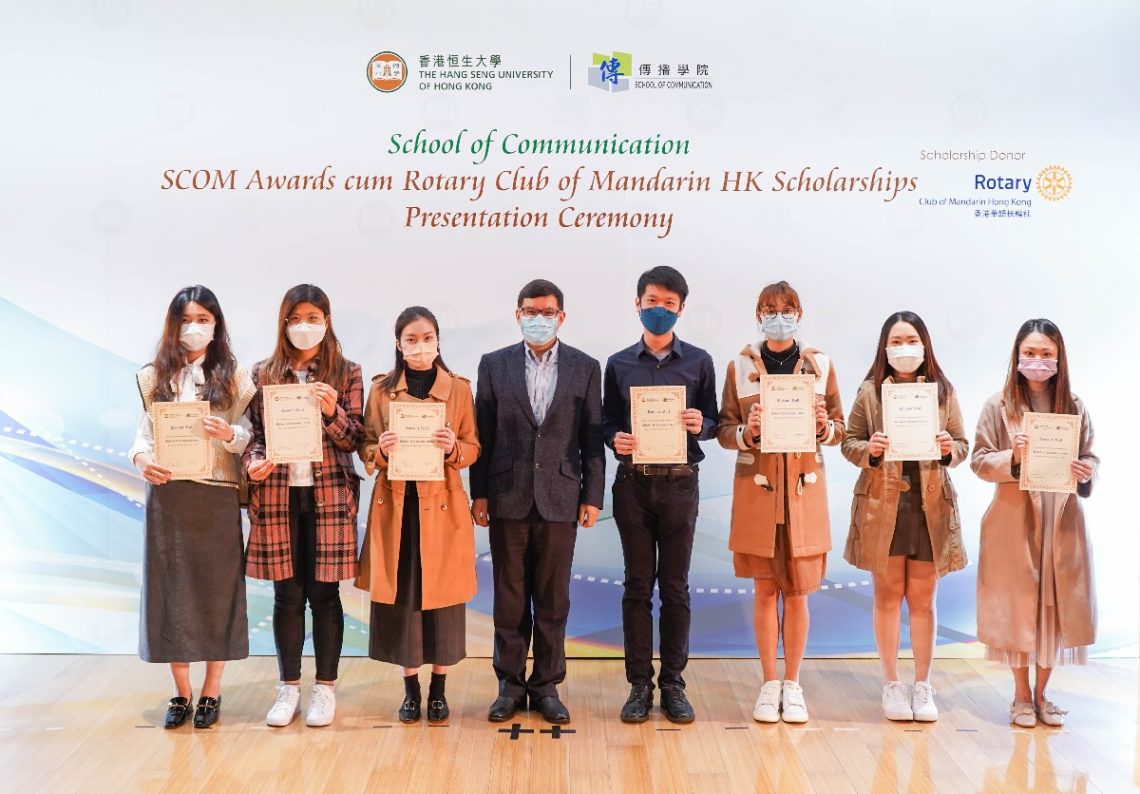 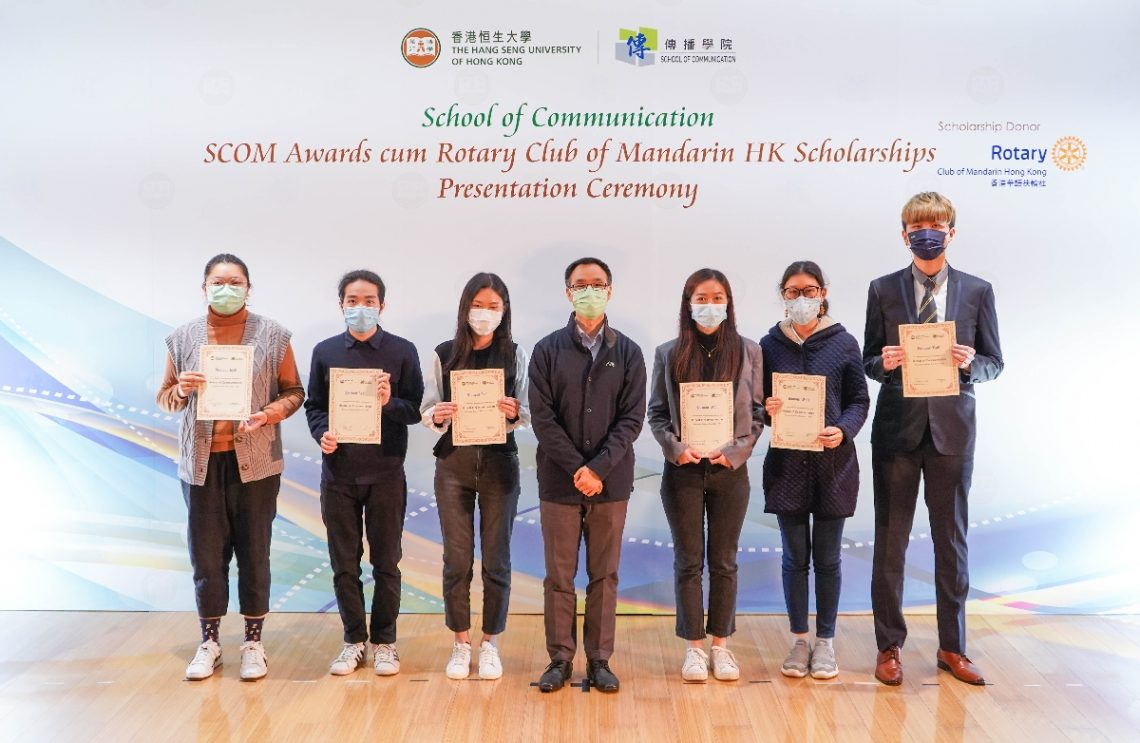 Photos of awardees with the award presenters. 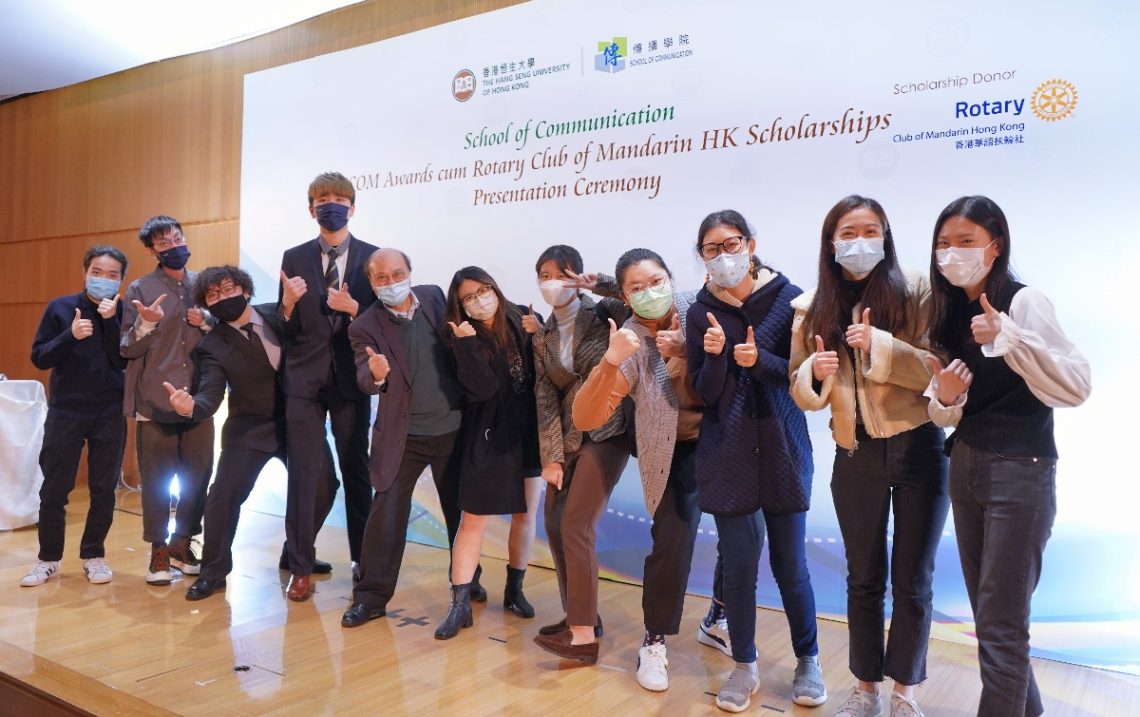 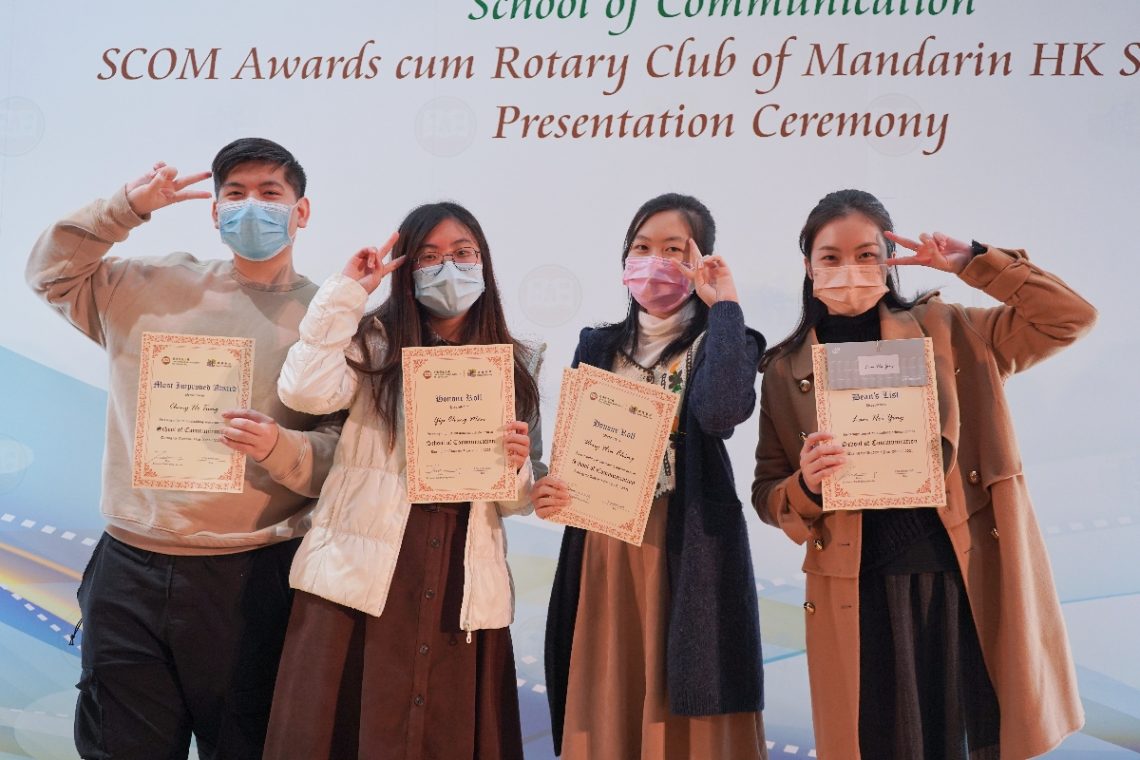 Awardees take photos after the Ceremony.