Results Announcement for the 4th Business Journalism Awards of HSUHK 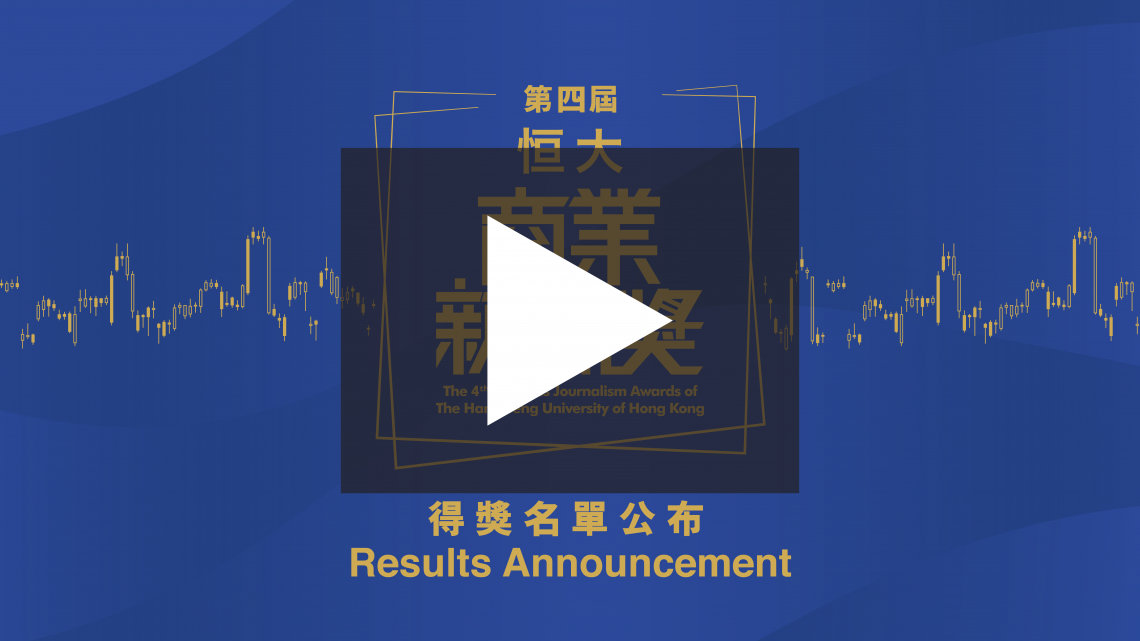 The results of the 4th Business Journalism Awards (the Awards) of The Hang Seng University of Hong Kong (HSUHK) were announced today (4 May). Mr Paul Chan Mo-Po, Financial Secretary of the HKSAR Government, was invited to deliver a message in the video to congratulate and encourage journalists participating in the competition, the response of which has been overwhelming.

In his speech, Mr Paul Chan Mo-po said, “We are witnessing a crucial historical turning point. It is an extremely challenging yet unusual experience for reporters, especially for the finance and commercial reporters. As a saying goes, ‘Today’s news is writing tomorrow’s history’, reporters thus have a heavy duty as every news report they made today is a historic record for the society.” Mr Chan further addressed that it is never easy to conduct a good news story, as beyond providing accurate and balanced content, it also requires the dedication and professionalism of each reporter, as well as their persistence in exploring new perspectives and visions to bring in-depth and inspiring thoughts to audience.

Professor Simon S M Ho, President of HSUHK, said he wished the Business Journalism Awards of HSUHK, coming to its fourth launch, could be an occasion to encourage business journalists to explore innovative topics for high-quality business coverage and provide useful reference for local socio-economic development. President Ho believed that The School of Communication will uphold the spirit of “To Sustain and Inspire; Be Liberal and Professional.”, the theme for the 40th Anniversary of the Founding of HSUHK, to connect proactively with the industry and serve as a bridge between teachers, students, and the media sector, equipping students to be firm pillars for the future media industry and make more far-reaching contributions to society.

Professor Scarlet Tso, Associate Vice-President (Communications and Public Affairs) and Dean of School of Communication, said the Awards has received over 500 outstanding submissions this year. The awarded entries, which have gained recognition from the professional panel of judges, have shown to the public examples of professional, high-quality and inspiring business news coverage. Professor Tso looked forward to the continuous support to the Awards from different sectors of the community, and hoped that it would be an occasion raising public discussions and reflections, thus driving the developments of the media and education sector and making greater contribution to society.

The 4th Business Journalism Awards of HSUHK has 9 award categories. Over 70 judges from different sectors reviewed over 500 submissions from around 300 participating journalists. The final awarded entries were selected according to the value, impact, quality, presentation skills, analytical skills and visual presentation of the coverage.