To recognise eminent individuals who have made significant contributions to support the development of The Hang Seng University of Hong Kong (HSUHK) and society, the Honorary Fellowship Conferment Ceremony 2019 was held on 23 May on campus. Four recipients of the Honorary Fellowship this year are: Dr Vincent CHENG Hoi-Chuen, Mr Ronald CHIU Ying-Chun, Mrs Margaret LEUNG KO May-Yee and Dr David SIN Wai-Kin.

Addressing the audience at the Ceremony, President Simon S.M. Ho said, “I would like to express my heartiest gratitude to the four distinguished individuals, who have been ardent supporters of HSUHK’s motto, and have provided valuable advice and guidance in support of the University’s development over the years. Their professional plus humanities perspectives have inspired our students to pursue all-round development under our unique “Liberal + Professional” education model. They are indeed role models for generations of students. They have contributed immensely to HSUHK, as well as Hong Kong’s higher education and the sustainable development of society at large.”

Mr Chiu delivered his address on behalf of the Honorary Fellows at the Ceremony. He believed that HSUHK was a uniquely different university. The eight-year transformation from Hang Seng School of Commerce, then Hang Seng Management College, now HSUHK, manifested the efforts and devotion of the entire University community. He commended HSUHK graduates, whose calibre and contributions to society were well comparable to graduates of other universities.

Mr Chiu also shared with the audience his insights of being a leader. Very often, top management of an organisation oversees hundreds, or even thousands of employees, and has the power of giving orders. He believed that such power derived from the corresponding position while authority was established based on recognition, trust and respect earned by the leader. He said that the four Honorary Fellows had retired, the recommendation and acknowledgement received from HSUHK affirmed that authority was more influential than power. The conferment of honorary fellowship encouraged them to accumulate esteem through effort, humility and devotion.

For the citations of the four Honorary Fellows, the President’s speech, and relevant information of the Ceremony, please click here for the Programme Booklet 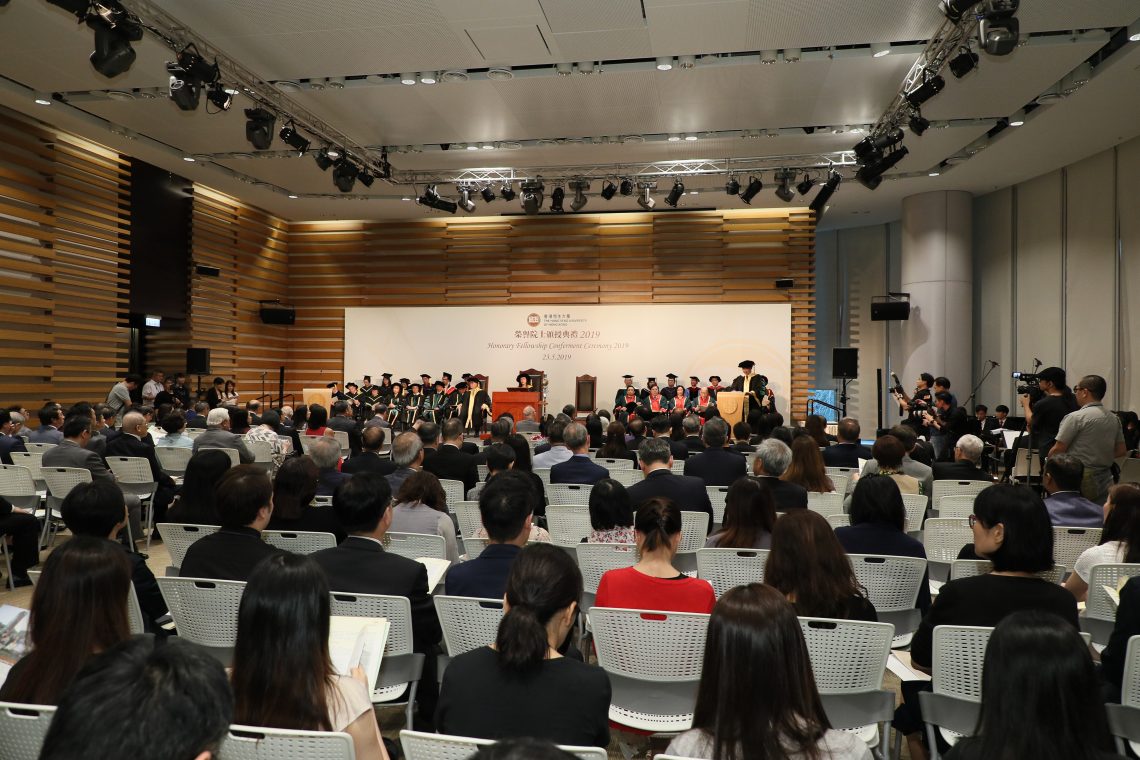 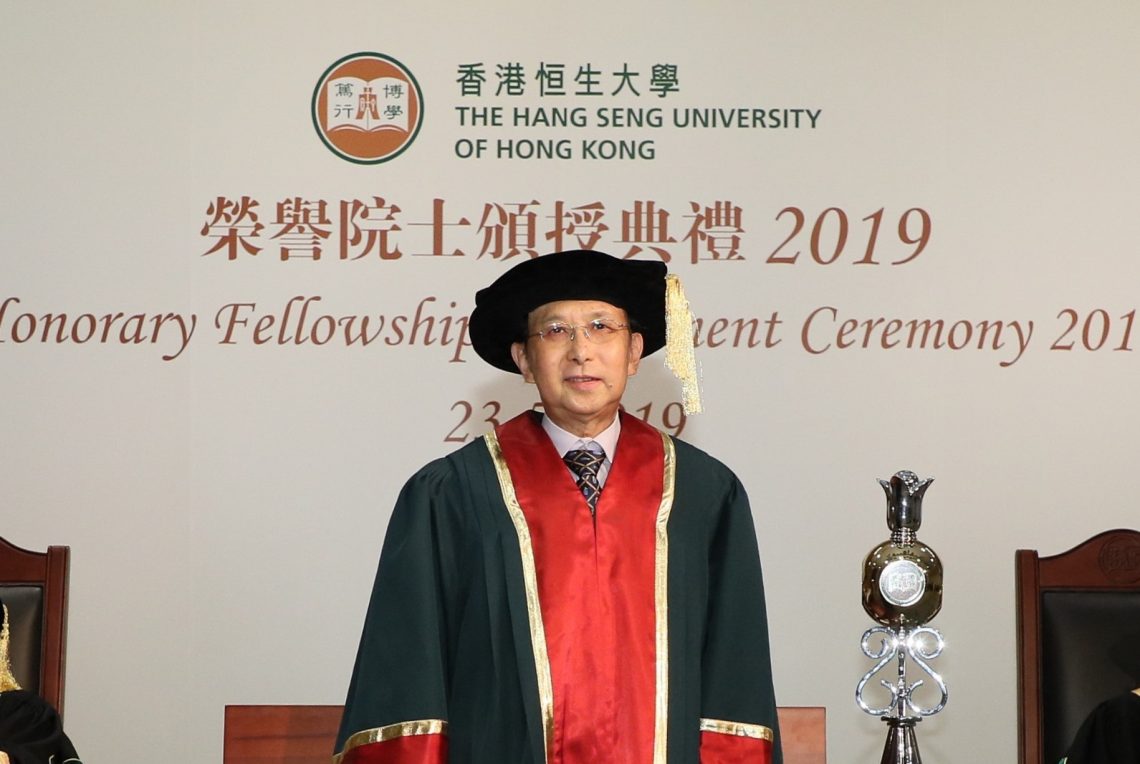 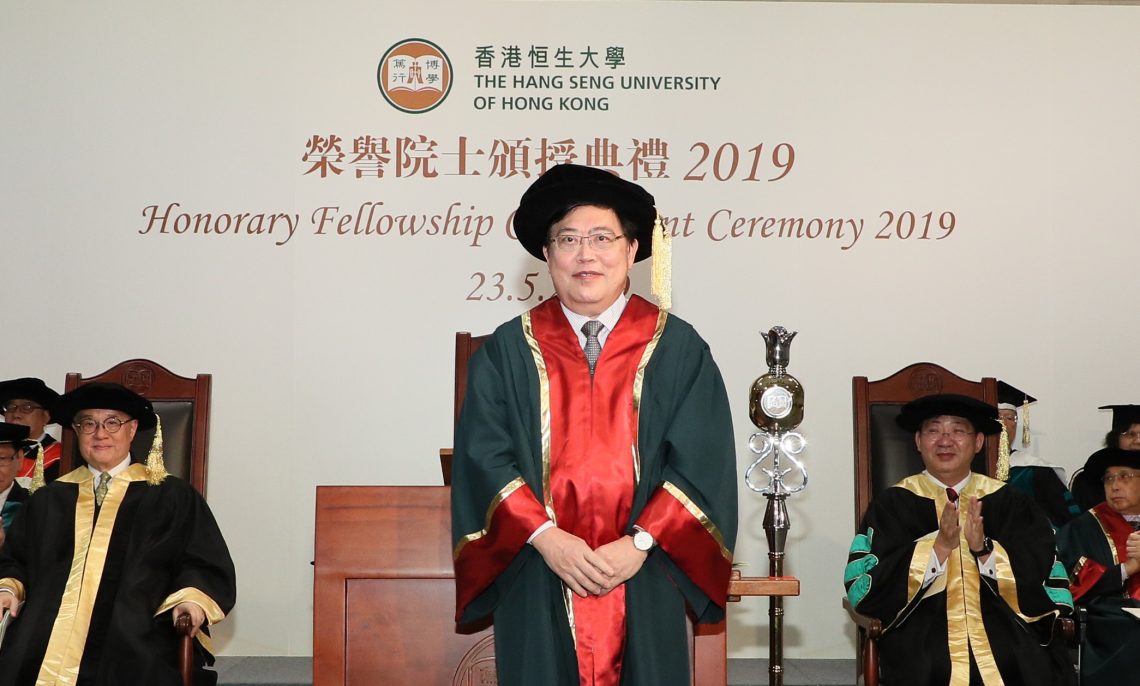 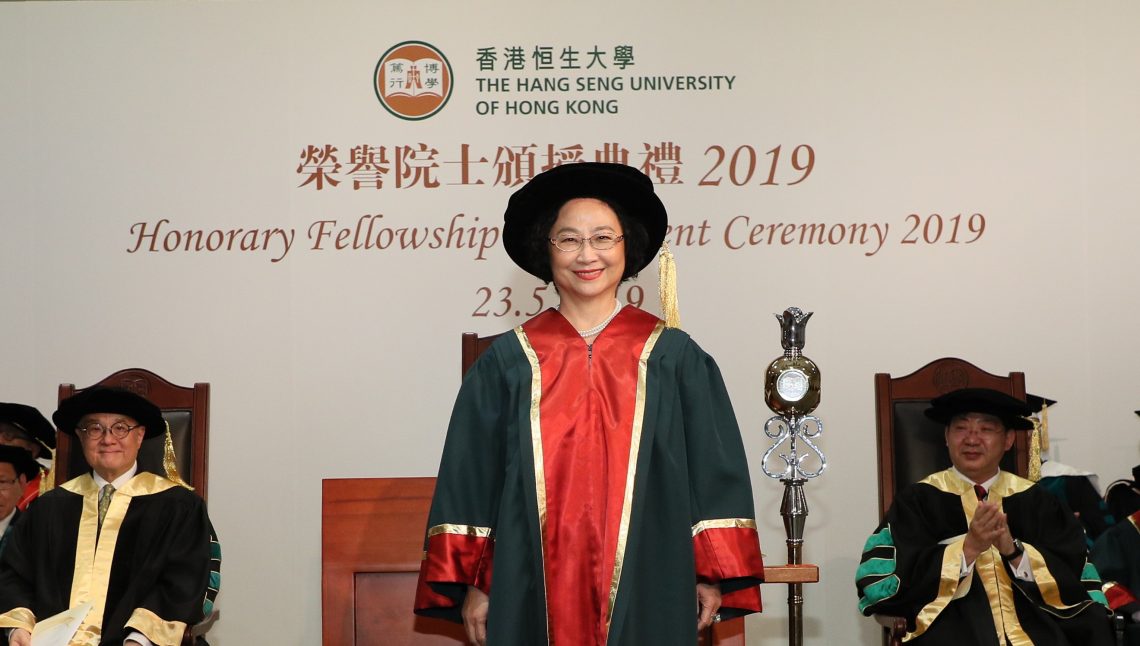 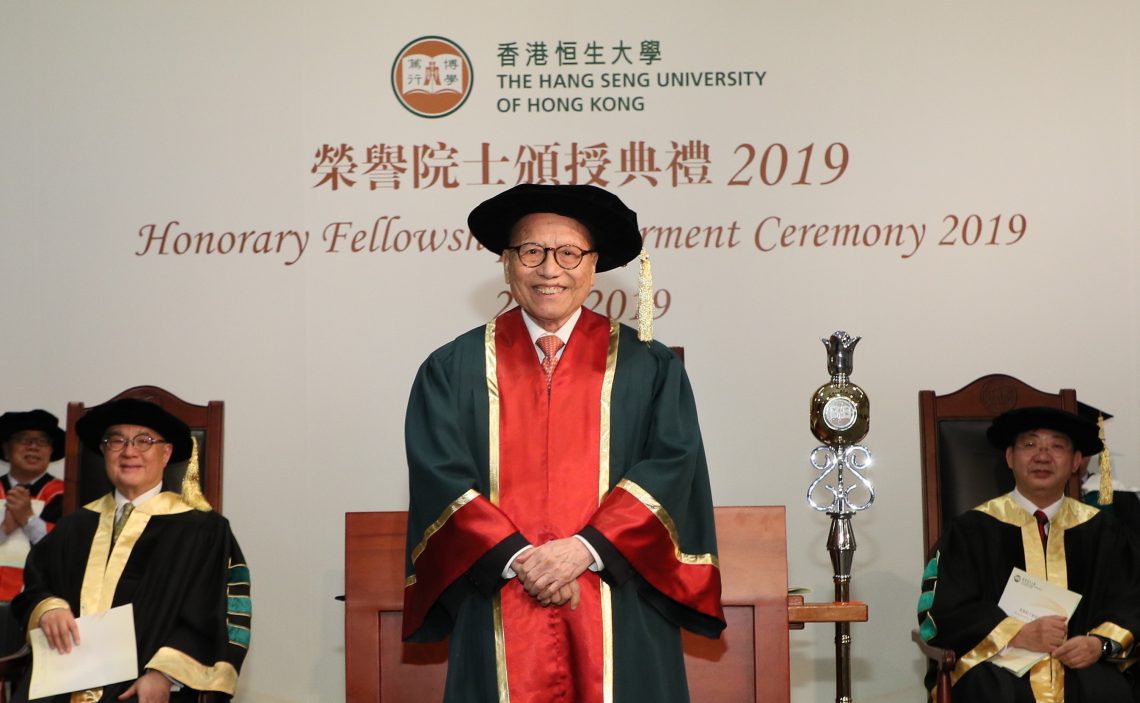 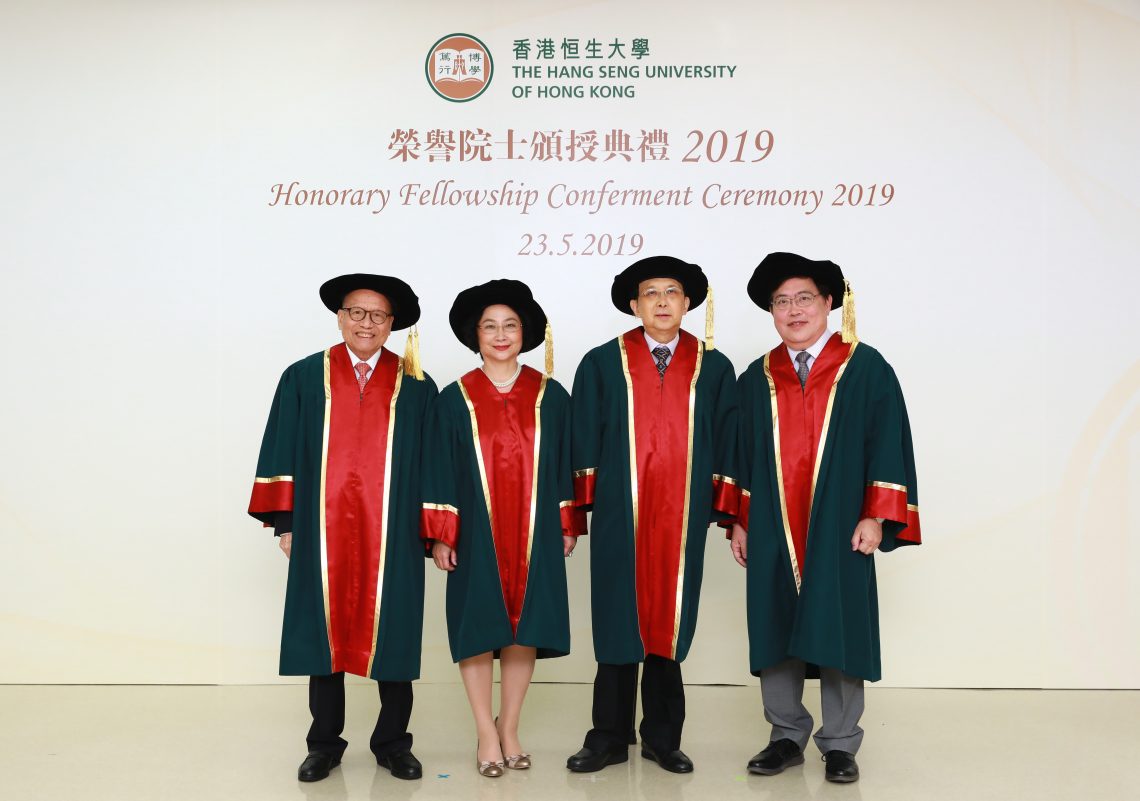 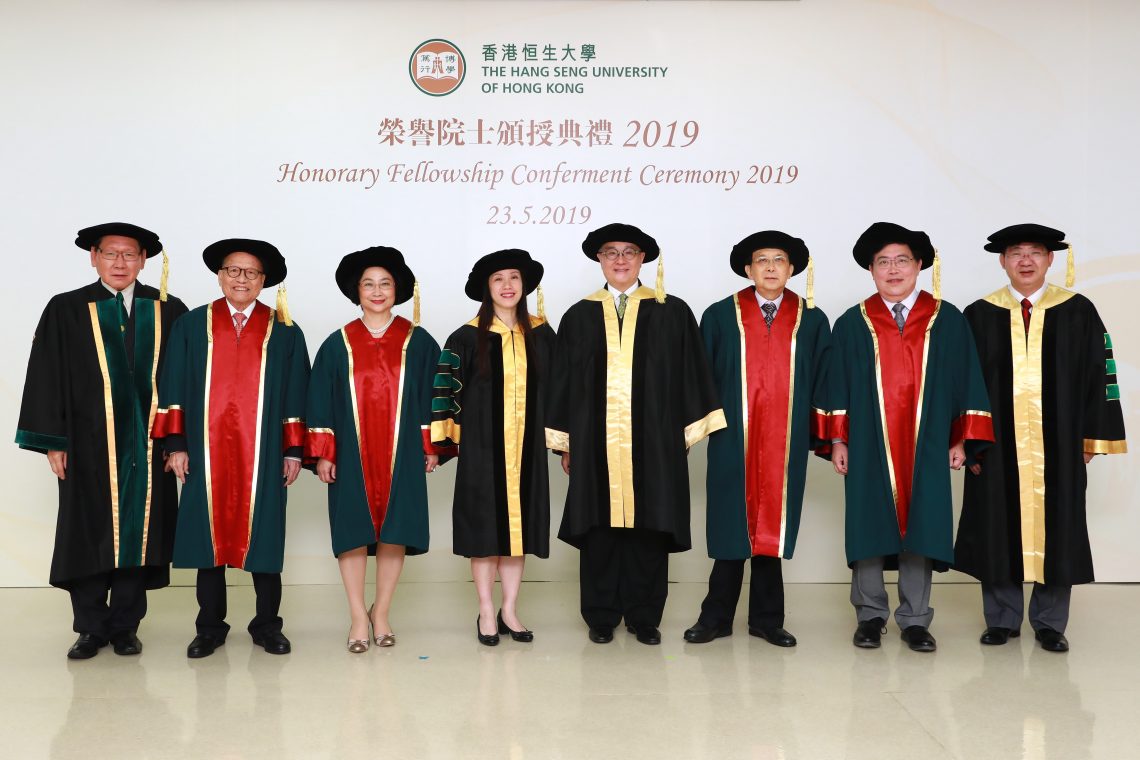 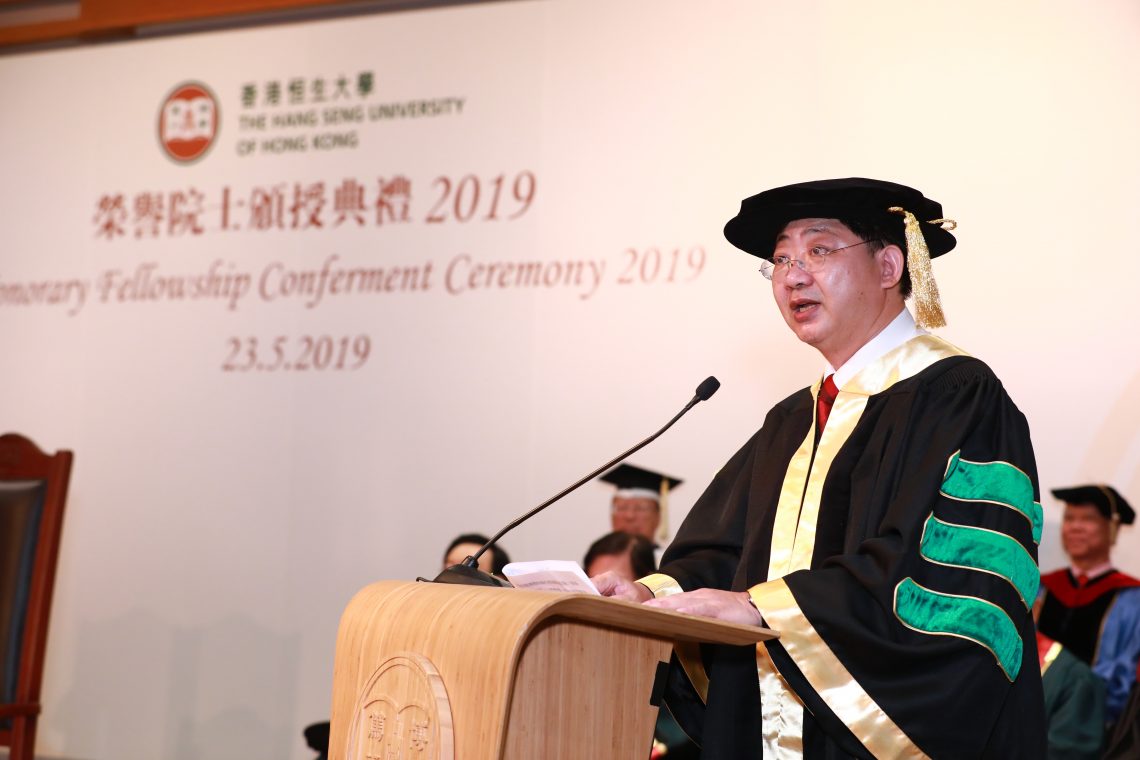 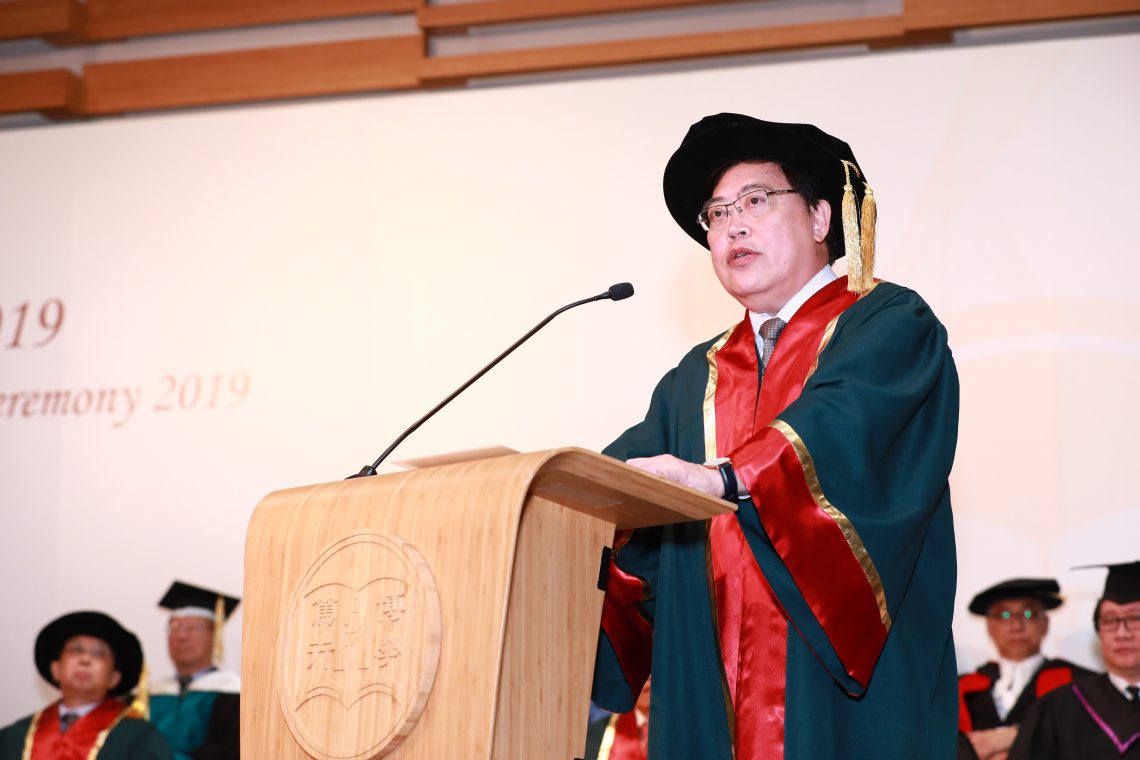