Professor Scarlet Tso, Associate Vice-President (Communications and Public Affairs) and Dean of the School of Communication, faculty members and students of HSMC were invited to the Awards Presentation Ceremony, which was held in Hong Kong Convention and Exhibition Centre on 17 November 2016. Mr John Tsang Chun-wah, JP, Financial Secretary of HKSAR Government, was the officiating guest of the Ceremony.

As one of the judges of the awards, Professor Scarlet Tso appreciates the professionalism of the entries and feels proud of student from School of Communication. She believes that our students are highly encouraged as their efforts are recognised by the industry. 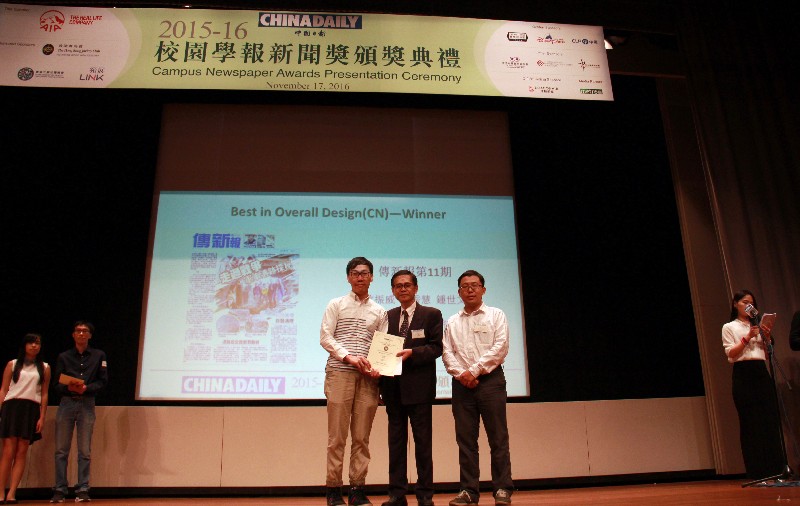 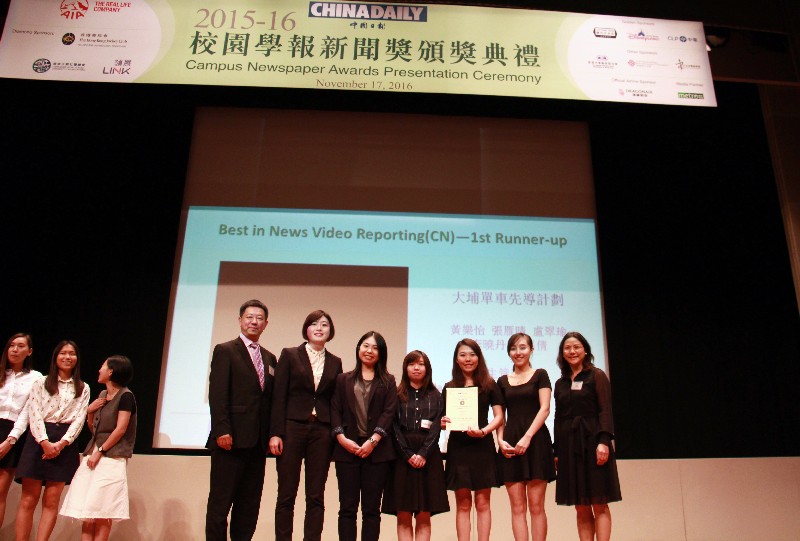 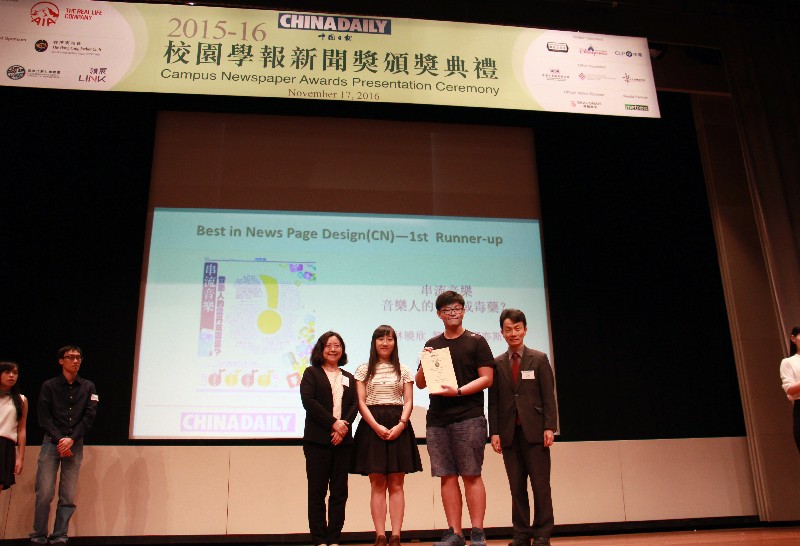 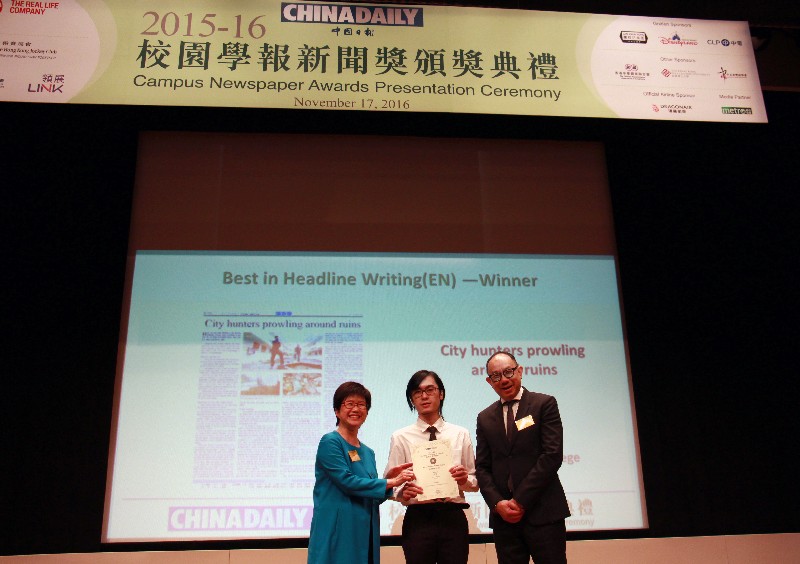 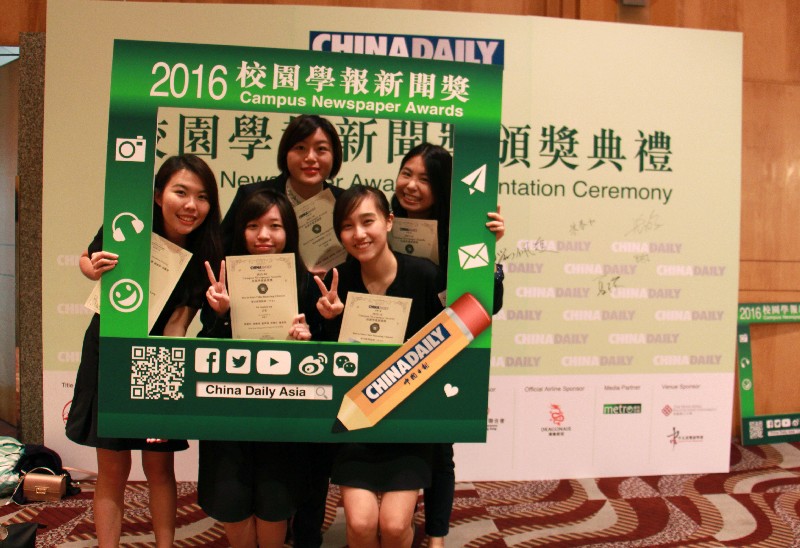 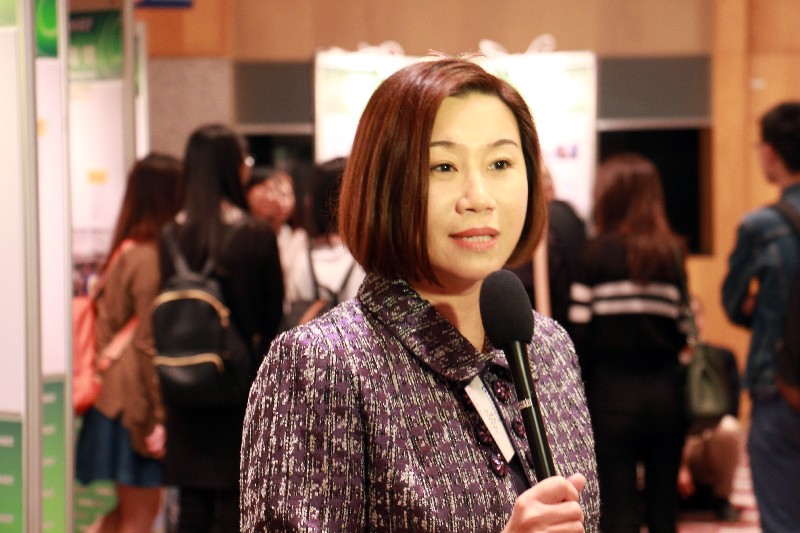 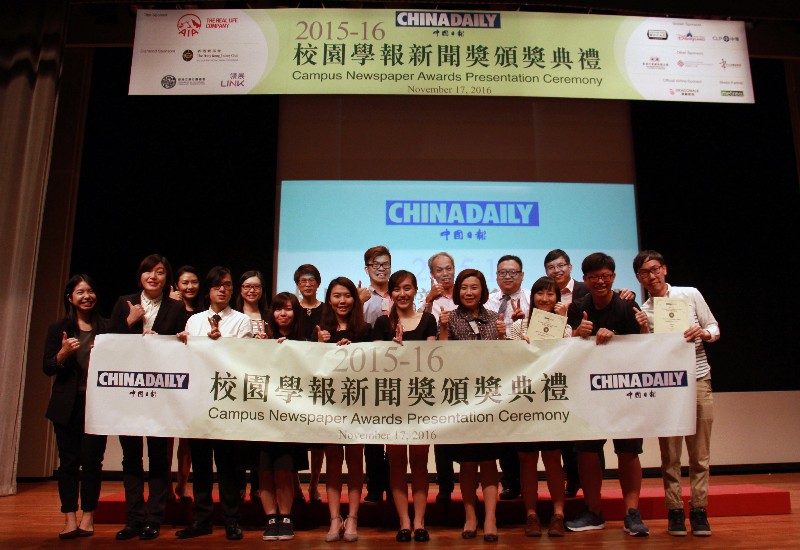 Group photo of teachers and students from School of Communication 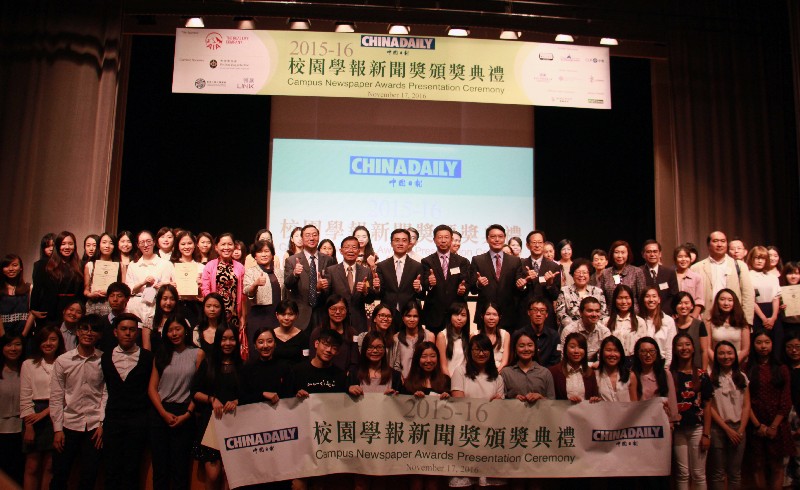