With the aim to enhance interaction and foster bonding among staff members, and to promote healthy living and sports atmosphere on campus, the University organised the first HSUHK President’s Cup which was successfully held on 17, 24, and 31 May at Sports Hall of Lee Shau Kee Complex.

The President’s Cup consisted of a series of sports tournaments including table tennis (men’s and women’s doubles), badminton (men’s and women’s doubles), Men’s 3-on-3 basketball tournament and women’s shooting game. Colleagues were grouped into six teams comprising a joint team from School of Communication and School of Translation; three teams from Schools, respectively the School of Business, School of Decision Sciences, and School of Humanities and Social Science; the Administrative Offices team; and the Academic Support Offices team. They competed with each other for the highest cumulative points which would lead to the overall champion. Close to 150 colleagues participated in the sports tournaments, which attracted large audiences to show support and cheer for their teams.

At the Opening Ceremony on 17 May, President Simon S M Ho, together with six team leaders, stuck props representing the President Cup, the three competition events, and the values treasured by HSUHKers: Friendship, Sportsmanship, and Work-life Balance, onto the banner to kick off the event.

The 3-day competition had been both fun-filled and thrilling with players pushing their limits and demonstrating good sportsmanship while the audiences relishing in the excitement of the games, which at times, produced surprising twists. The President’s Cup was well received by colleagues who gathered at the Sports Hall and enjoyed the matches.

The President’s Cup was eventually culminated on 31 May with a prize presentation ceremony. After a series of challenges, School of Business amassed the highest overall scores of 42 and was crowned the Overall Champion of the President’s Cup 2019. School of Decision Sciences and School of Humanities and Social Science have won the 1st runner-up and 2nd runner-up respectively.

Congratulations to the School of Business and all the prize winners!

Results of the President’s Cup are as follows: 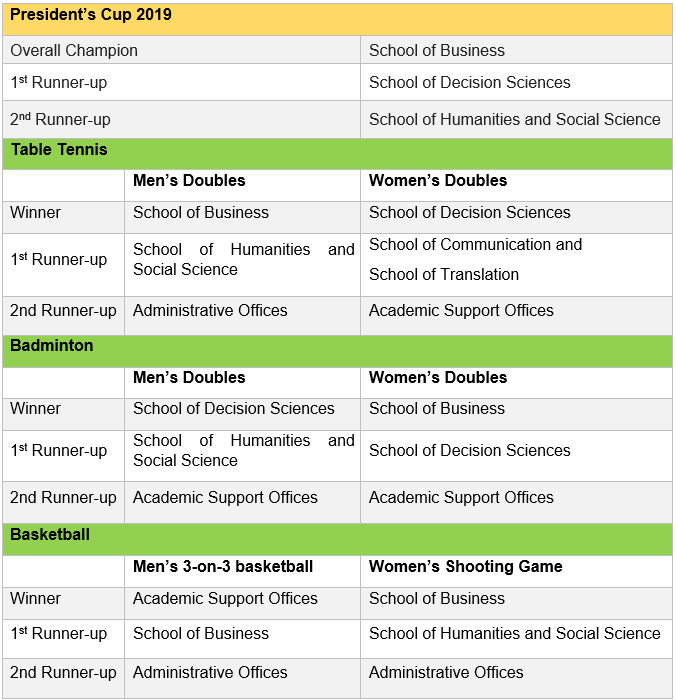 The President’s Cup gave colleagues a chance to interact in a casual way and foster collegiality through sports. Teams shared joy and displayed high team spirits in the games as they created a drive for a common goal of winning. 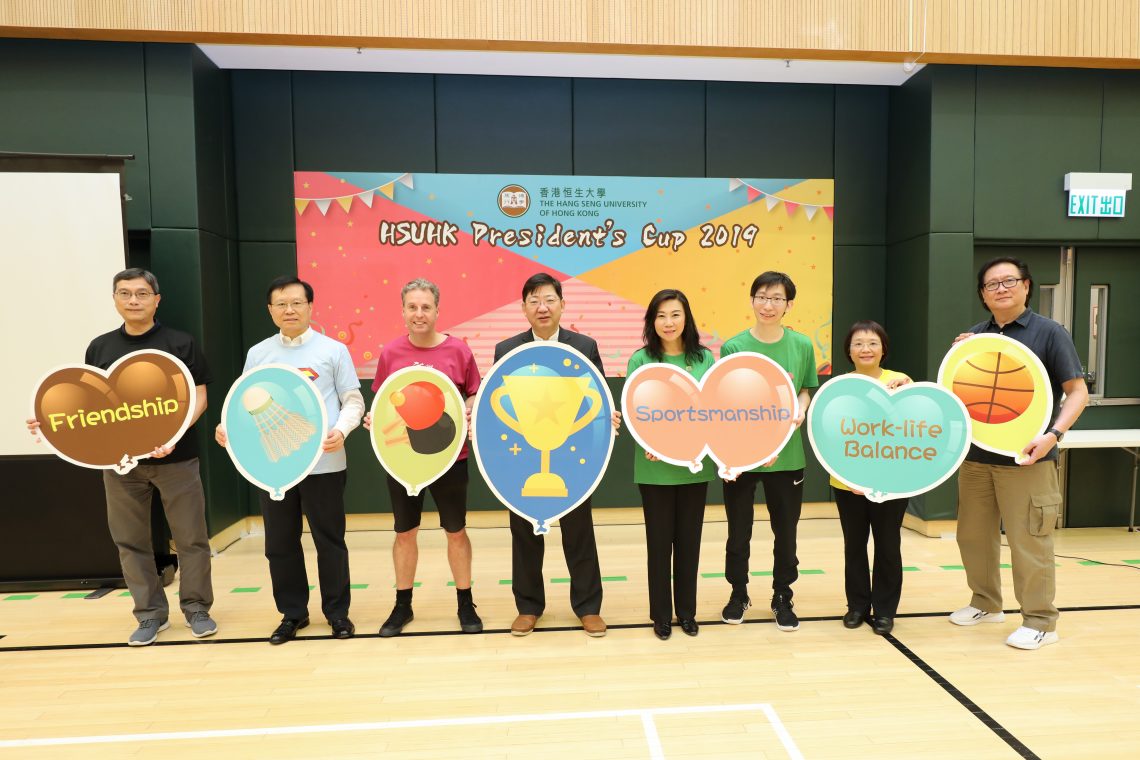 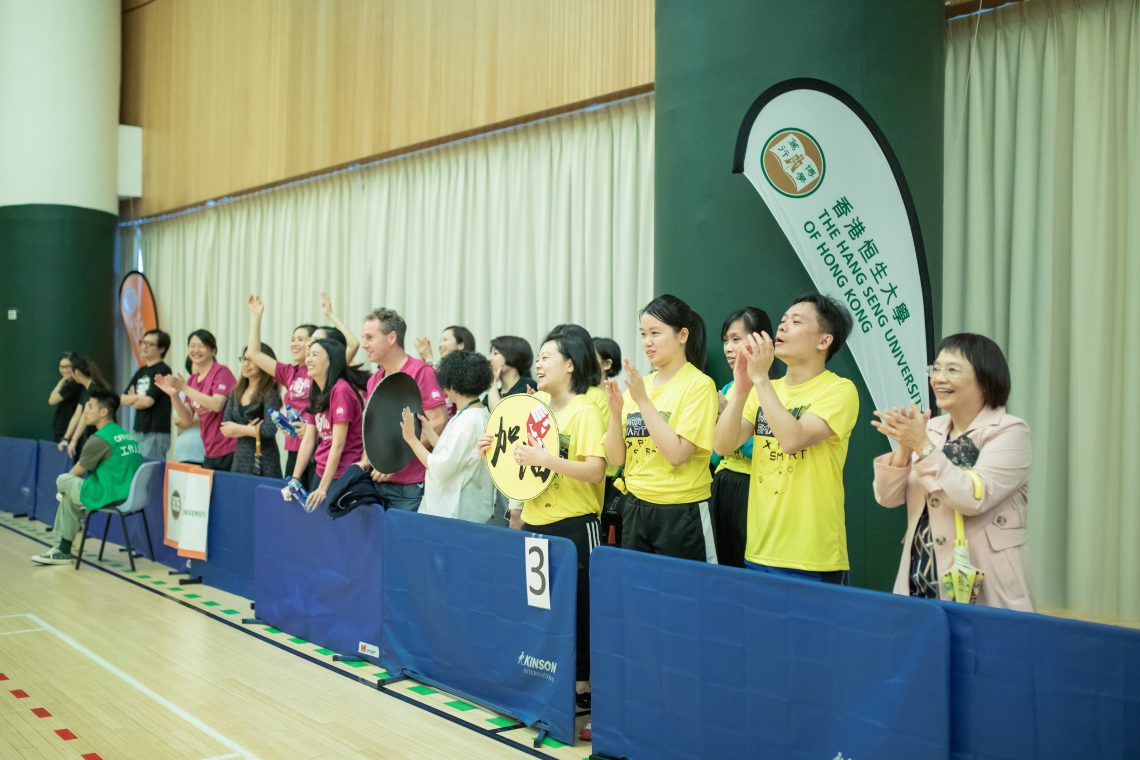 Colleagues came to show support and cheer for their teams 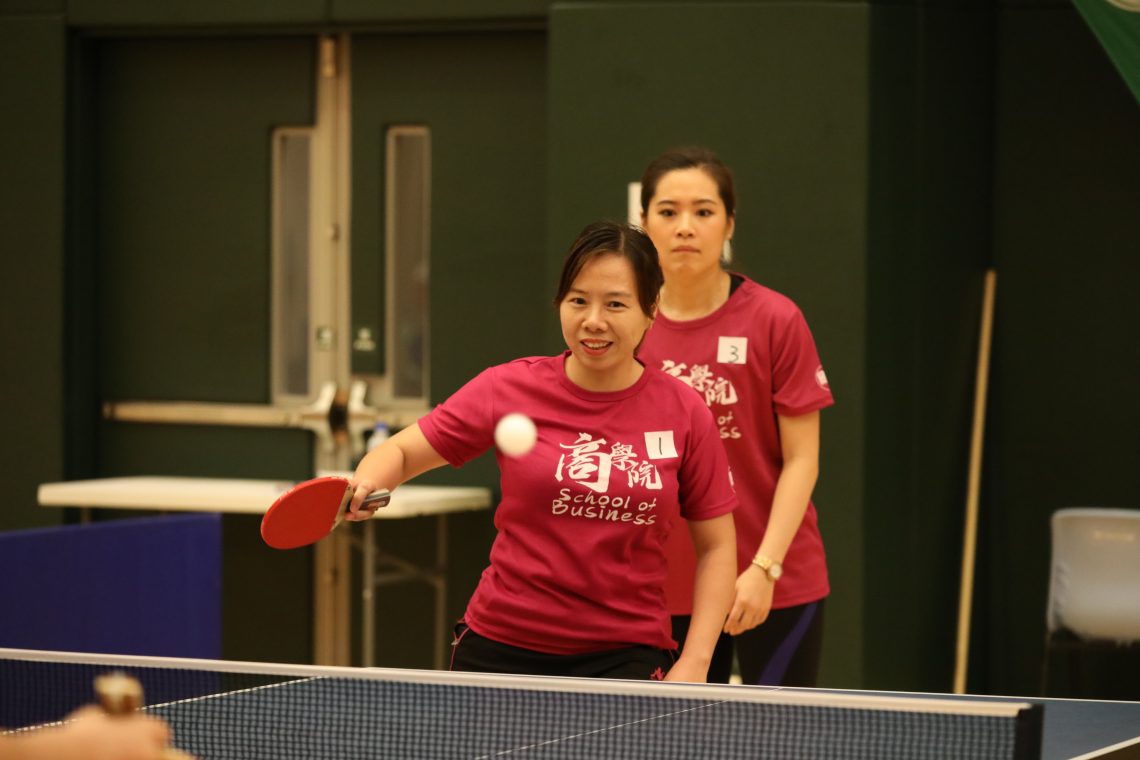 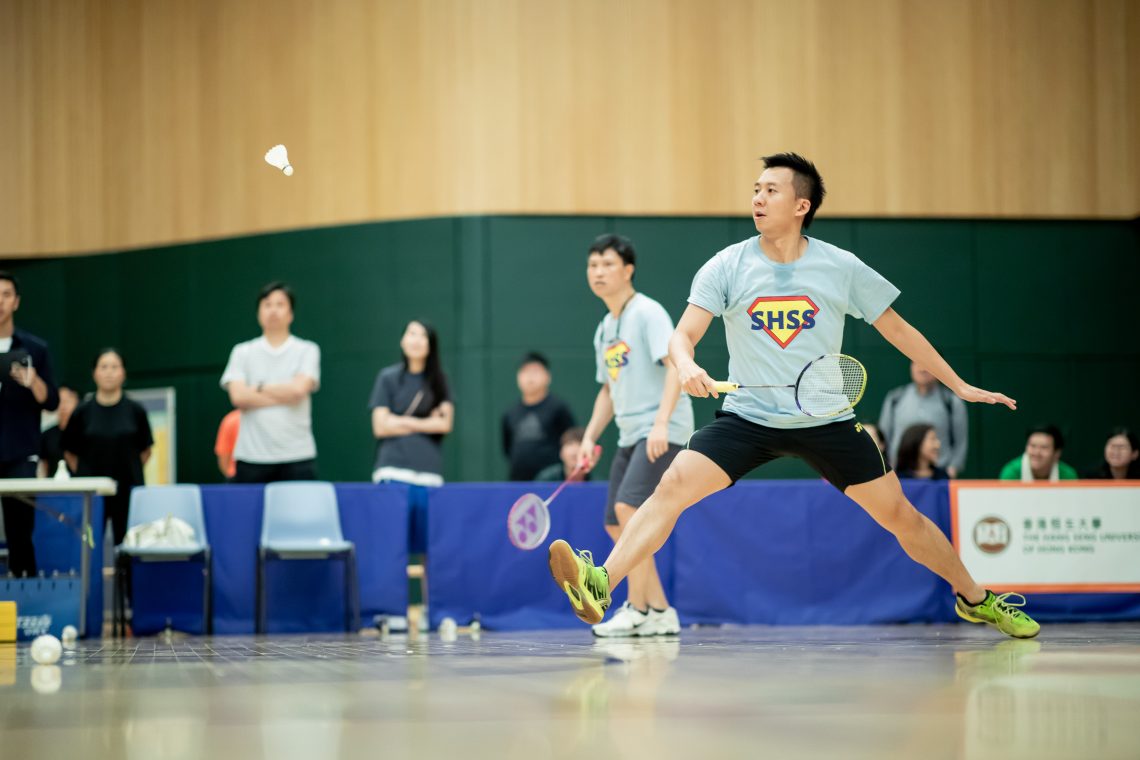 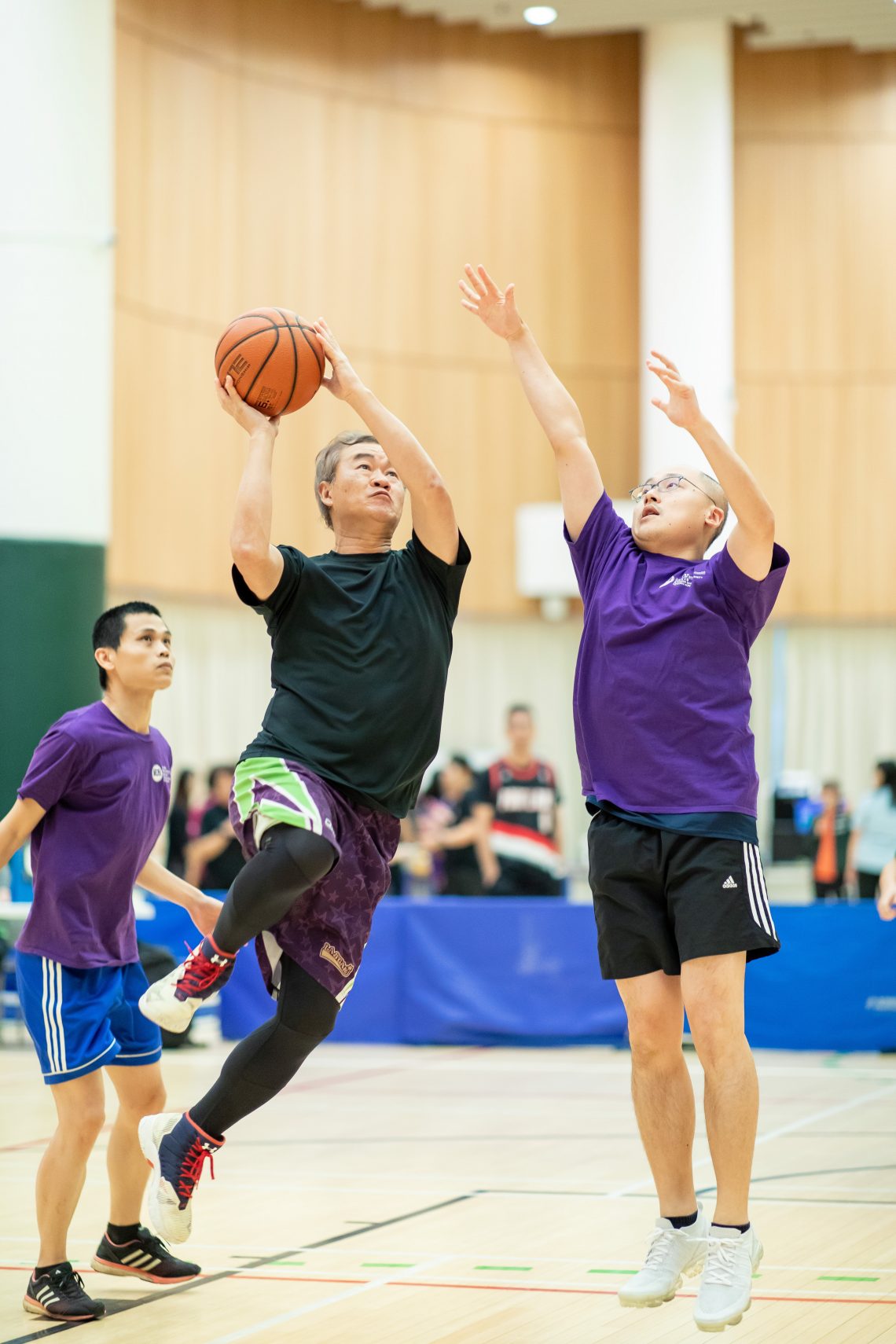 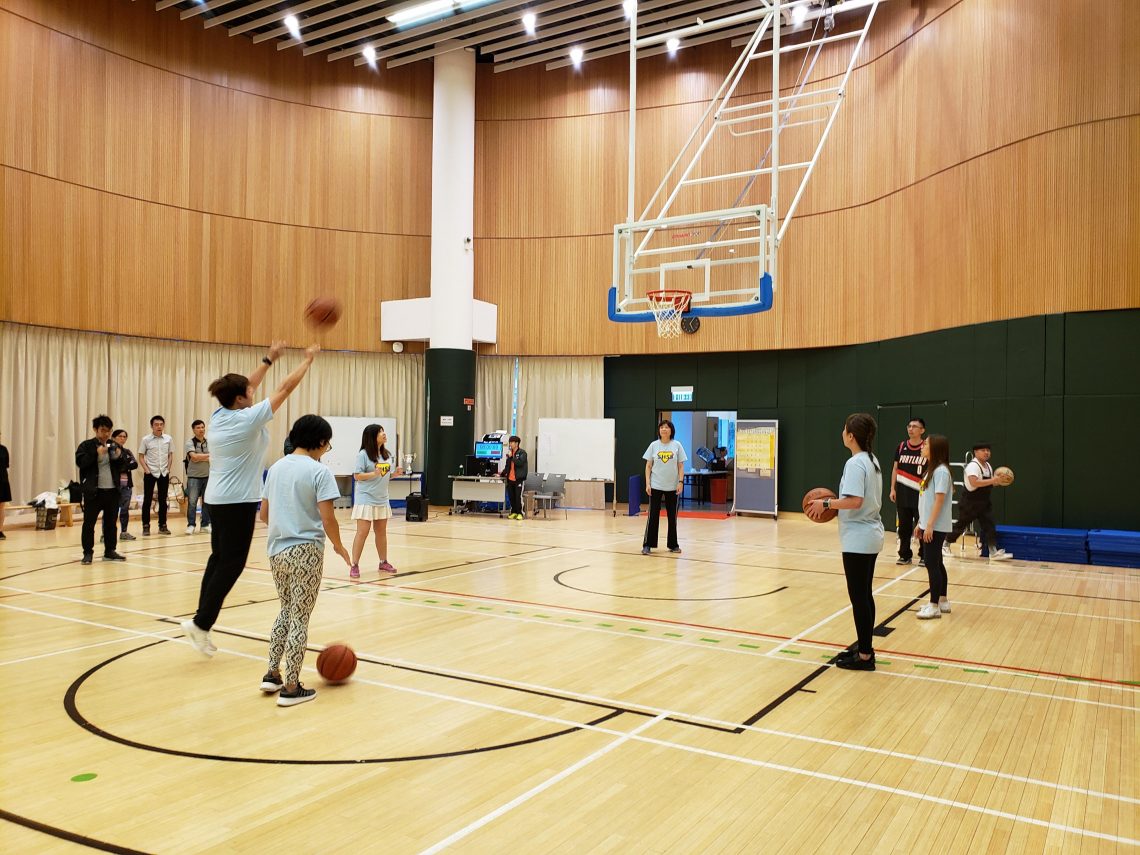 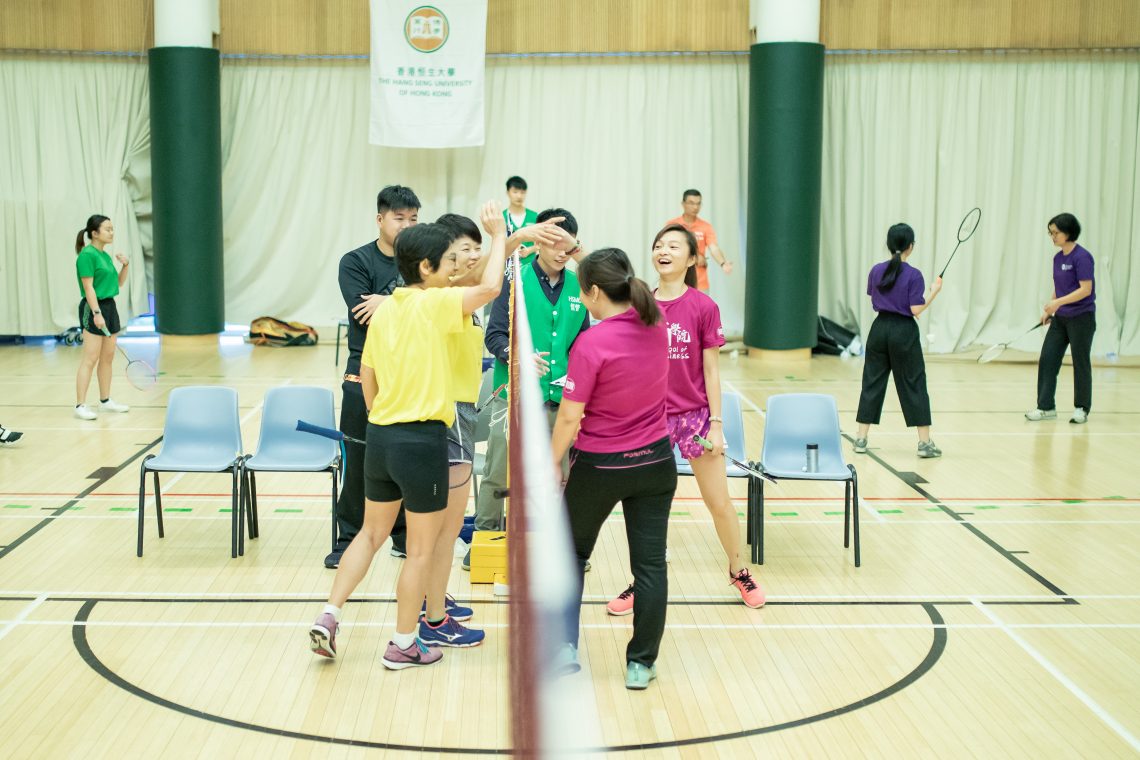 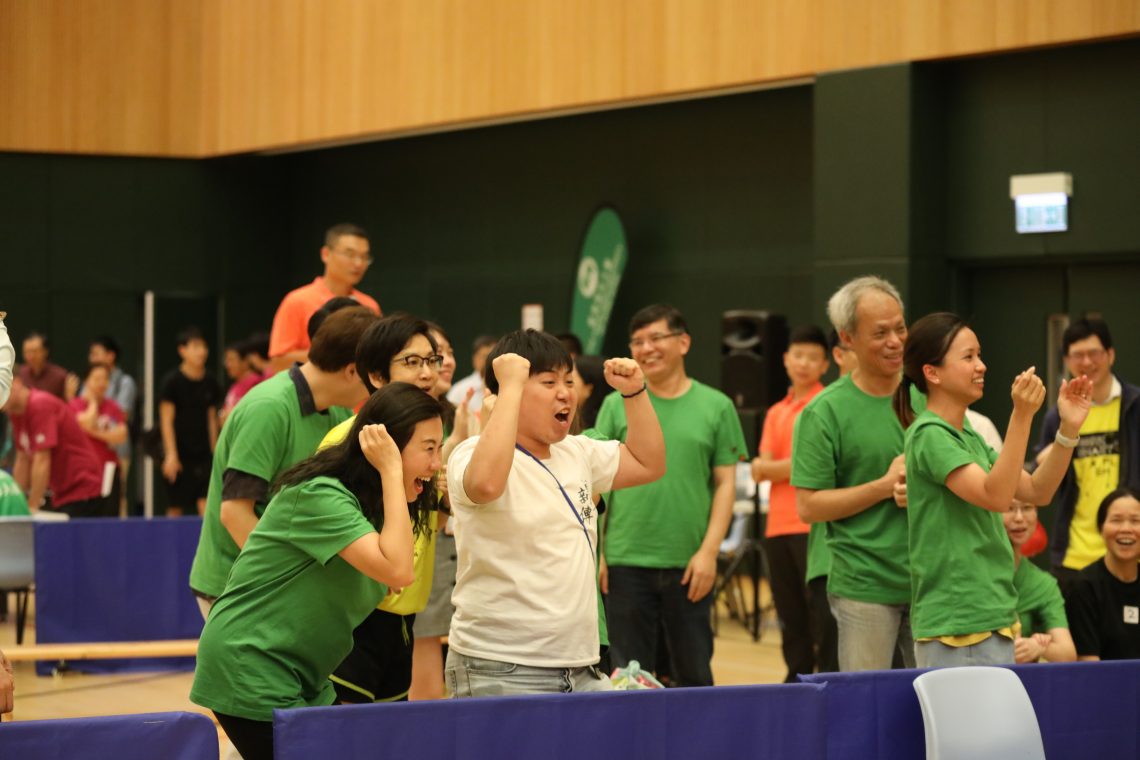 The sports hall was filled with bubbles of laughter and joy 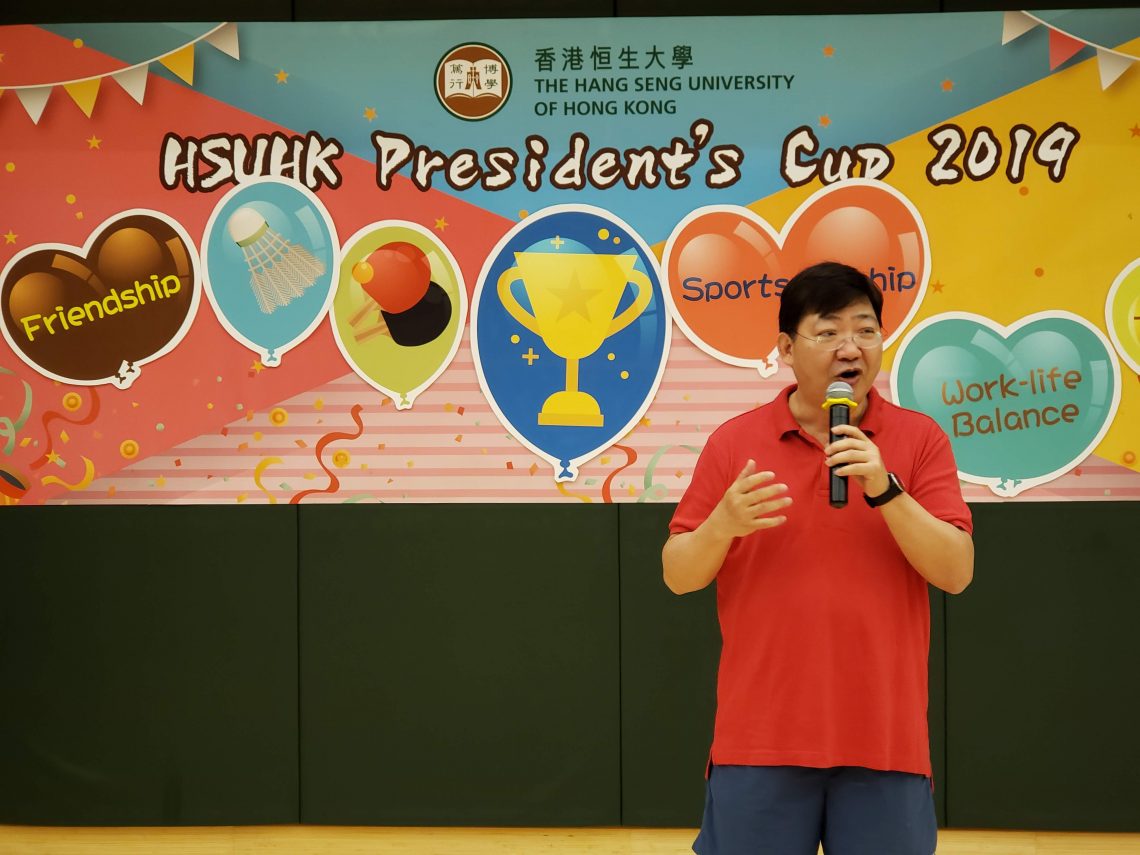 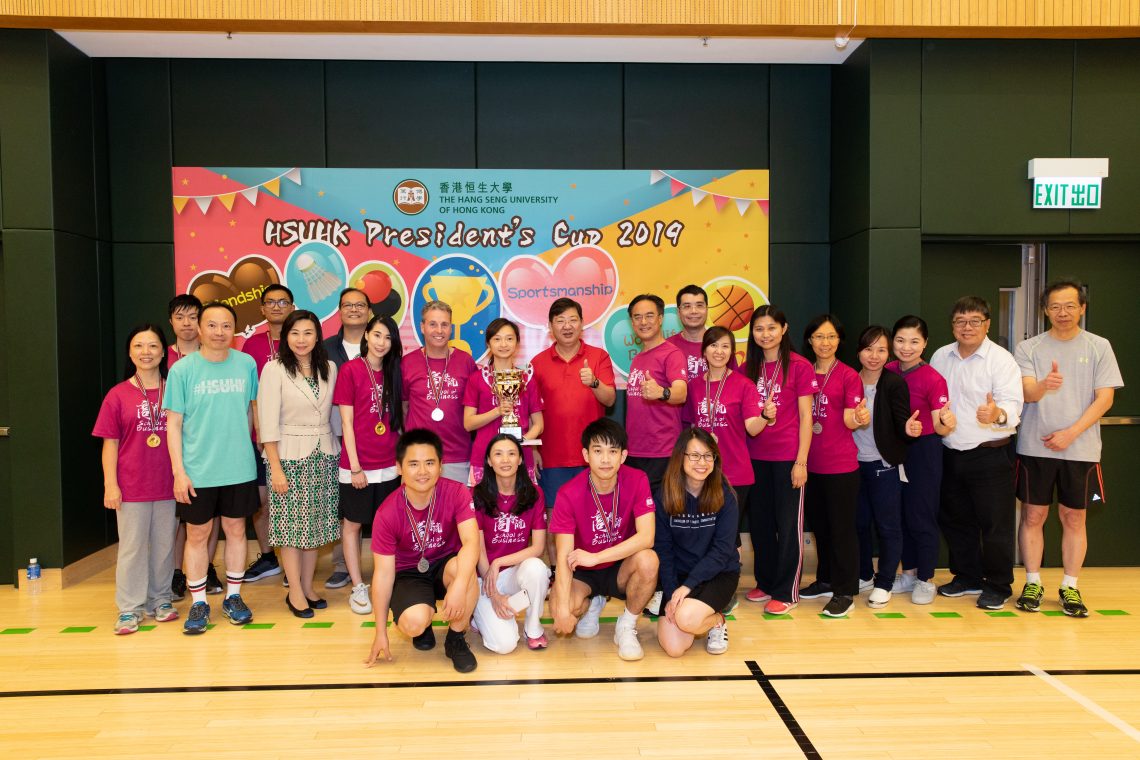 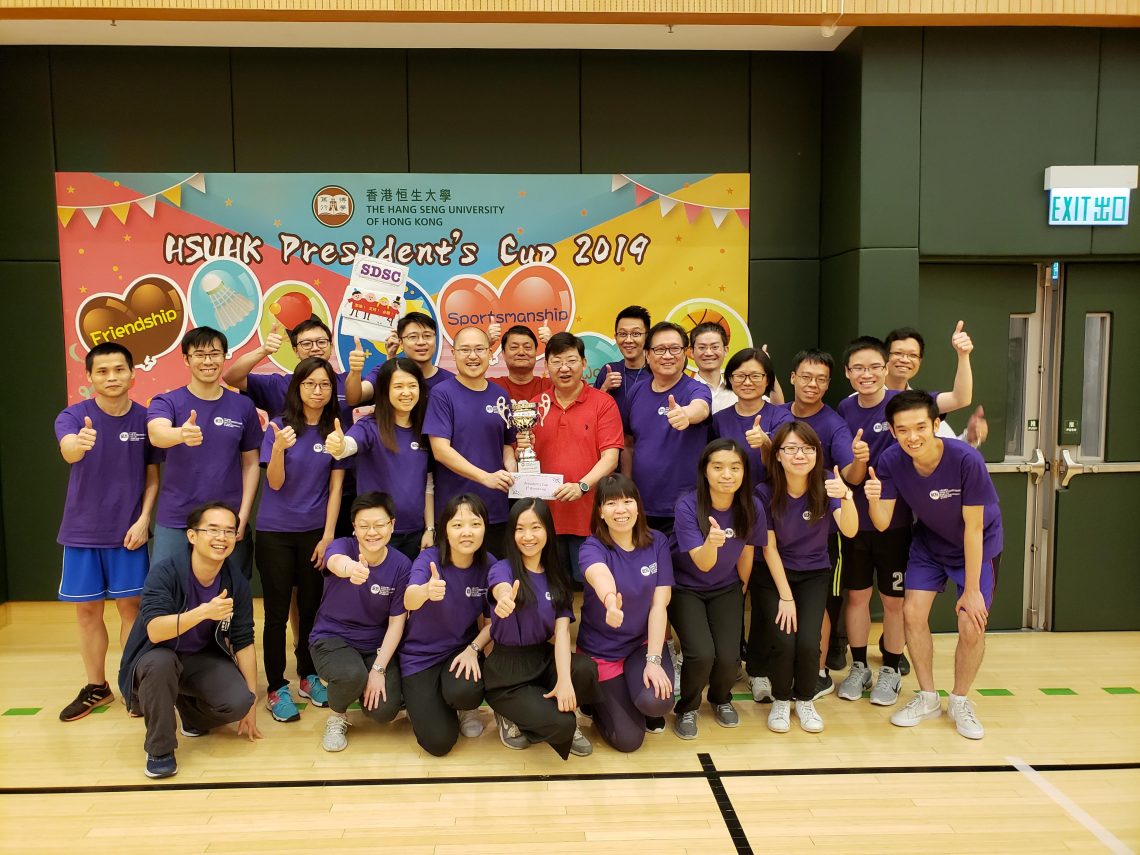 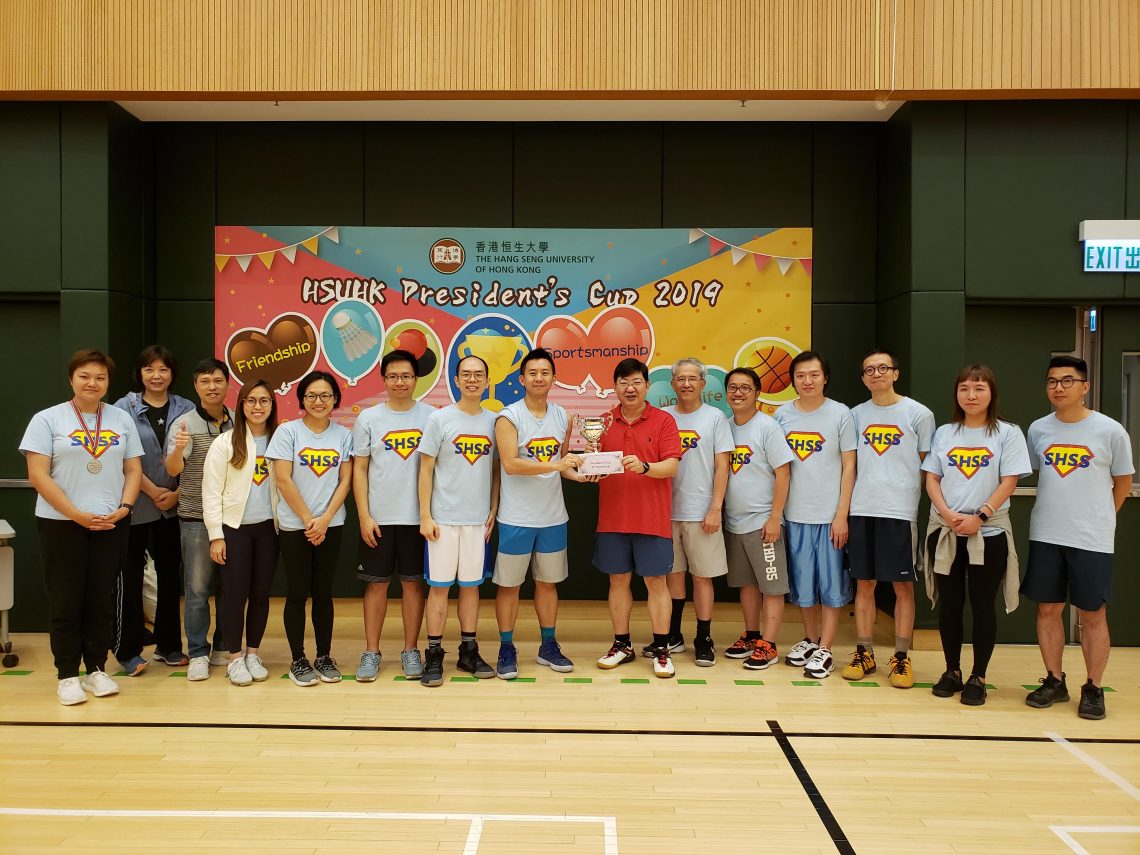 School of Humanities and Social Science won the second runner-up 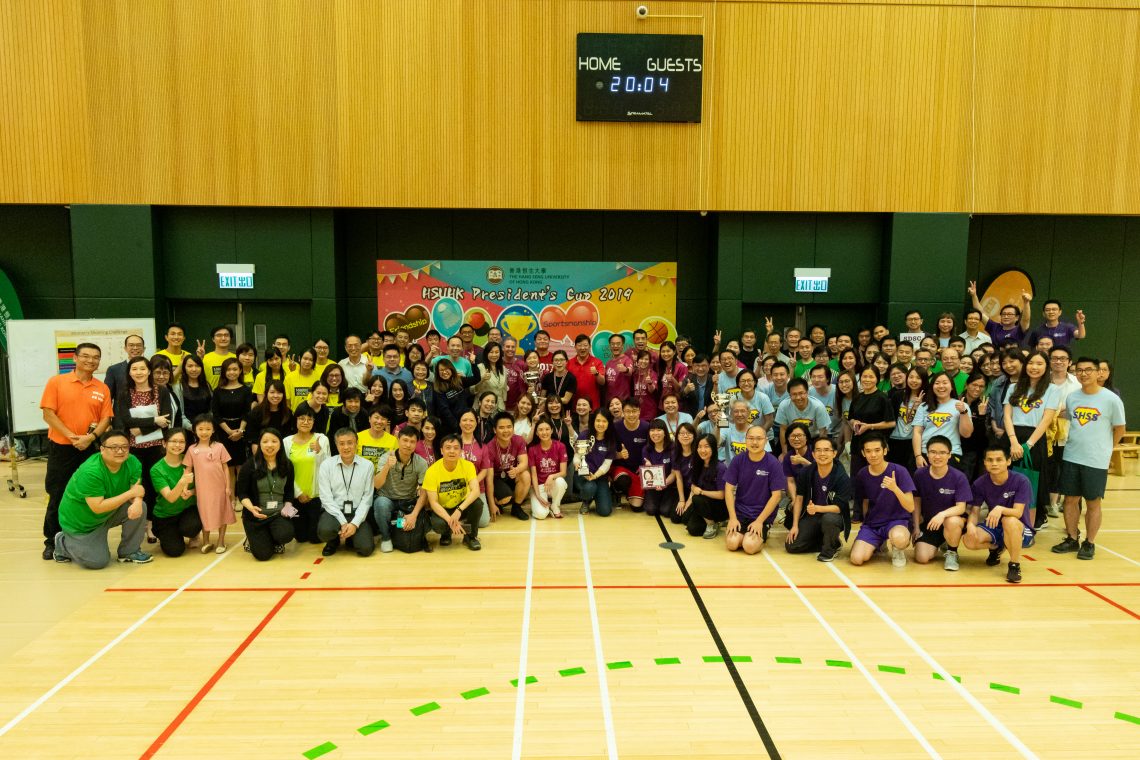